A 77-year-old protestor has had ink thrown across his face whilst attending the latest Insulate Britain protest on the A40 in West London.

END_OF_DOCUMENT_TOKEN_TO_BE_REPLACED

With the news that Insulate Britain would once again take to major UK roads this morning (October 26) in their continued attempts to get the government to insulate all UK homes, it was somewhat expected that scenes would appear on social media.

Having kicked off at 7am, Twitter quickly became ablaze with angry comments - but that hasn't stopped the protestors, who are unmovable in their opinion and position - which is currently on a gridlocked M25.

Standing beside another victim of the ink attack, Christian, 77, looks bewildered. He can be seen with dark blue ink splashed across his face.

77-year-old Christian says “of course” he’s worried about being hurt, but feels he has to act. #InsulateBritain pic.twitter.com/5KcMHa5oj1 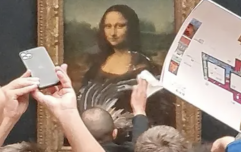 END_OF_DOCUMENT_TOKEN_TO_BE_REPLACED

"It's just sad, the whole thing's sad, it's sad that we have to do this," the man continued. "I hate doing it," he added.

The man explained that he is a retired doctor and after spending his life trying to help people, he is reduced to participating in protests because the government refuses to address a problem. 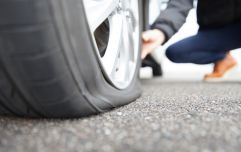 END_OF_DOCUMENT_TOKEN_TO_BE_REPLACED

The protestor confirms that he is "terribly worried" about violence towards himself and fellow protestors.

In another video shared on Twitter by Greatest Hits Radio London, an unnamed gentleman is seen ripping banners away from protestors, picking up their personal belongings and declaring that "he doesn't care".

In a statement released to the public, the pressure group explained their reasoning, their location and also a list of requests from the British public and government officials.

"This government, our government, is actively pursuing policies that will lead to the destruction of our country due to climate catastrophe. In a free society, citizens have the right and a duty to rebel against plans which will knowingly result in the deaths of millions," they said.

Credit to Greatest Hits Radio London for both the story and images.