A number of current and former professional footballers have called for more diversity within the Football Association following the resignation of chairman Greg Clarke on Tuesday evening.

Clarke resigned just hours after speaking with the Digital, Culture, Media, Sport committee on Tuesday morning, where he had been called to speak about Project Big Picture and other reform plans for the Premier League and the English Football League.

However, Clarke quickly found himself forced to apologise during the call after accidentally using the term "coloured" to describe people of colour playing football.

Clarke then went on to make comments perpetuating Asian stereotypes, as well as implying that being was "a choice". He stepped down on Tuesday evening after pressure from figures within the game.

In the aftermath of his resignation, Aston Villa defender Tyrone Mings endorsed the idea of the FA appointing a black chairman, stating that it would be a "huge step" towards diversity in the governing body. 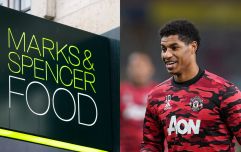 END_OF_DOCUMENT_TOKEN_TO_BE_REPLACED

“But ultimately that isn’t what we’re asking for. We’re not necessarily asking for the next chairman or chief to be black.

“What we’re asking for is equal opportunities for both black and white people, or ethnic minorities."

Match of the Day host and former footballer Gary Lineker echoed Mings' comments, calling for greater diversity within the FA.

After being asked on Good Morning Britain whether he felt there was too many old white men in the upper echelons of the organisation and the rest of football, Lineker said:"Totally agree with that and I hope things will change in the near future. Lots of old white men like me!

"I have known Greg for a long time and he has done quite a lot of good with diversity at the FA. He had an awful day yesterday, in fact he's had a tough year with other things - Premier League top six story etc."

Lineker also poured cold water on any suggestion that he himself might step up to the top FA job, after Stan Collymore and many other online urged him to do so.

"He has moved on and now they're looking for someone else. I'm not a great organiser, I don't think I'd be very good at that role anyway and obviously I have other jobs in football. I've never been asked for my views on anything by our governing bodies," he said.