COMMENT: Hurricane Florence coverage shows how new media and virality can be a force for good

On Wednesday, the President of the United States addressed the nation.

For once, Donald Trump was neither incendiary nor controversial. He warned of the impending arrival of Hurricane Florence on the nation's East Coast, and implored the people of Virginia, North Carolina and South Carolina to heed the advice of their local representatives. It was a suitably urgent message for a fast-approaching storm.

END_OF_DOCUMENT_TOKEN_TO_BE_REPLACED

Trump has of course embraced the power of social media like no other world leader. Whether you support or despise him, he knows how to use and abuse the channels open to him to communicate directly with the public. In this single instance, he utilised it in a positive way: to warn, inform, and reassure those most likely to be affected by the severe weather.

Although his video was watched by millions of people and shared by thousands, it was dwarfed by the video produced by the Weather Channel. This may seem strange and slightly implausible - especially with the proliferation of meteorological updates on the hurricane - but that's until you see it for yourself.

Scary as fuck weather report. First it's like, ah smart use of green screen, then it's like holy fucking shit. pic.twitter.com/J9SmZqTqVI

Rarely has vital information been relayed in such an effective and arresting way.

Dr Erika Navarro starts off her report in front of a standard weather map superimposed on green screen. It is a visual language we are all familiar with. Her hair looks slightly tousled from rain, and the whistling sound-effects are a tad incongruous, but other than that it seems like pretty much standard fare.

Then, at around the 45-second mark, her traditional backdrop falls away and we are suddenly confronted with a startlingly immersive experience. Navarro is transported into a computer-generated residential neighbourhood, as the stark implications of being caught up in Hurricane Florence are laid bare. 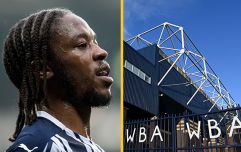 END_OF_DOCUMENT_TOKEN_TO_BE_REPLACED

Using a vast studio space and CG technology previously exclusive to Hollywood blockbusters, a real-life nightmare unfolds around the reporter in a manner that no words could hope to relay. As the water levels rise and the sound effects reach their crescendo, Navarro - now a looking vulnerable and minuscule amidst the carnage - signs off with:

"If you find yourself here, please get out. If you're told to go, you need to go. Listen to local officials, and make sure you heed the advice if told to do so."

It is epic and breathtaking on every level. But importantly, it doesn't feel sensationalist, gratuitous or exploitative. In every case of impending natural disaster, there are always people who underestimate the need to evacuate their homes or the urgency with which they need to act, and therefore the Weather Channel's report is entirely legitimate.

There is also no trade-off in terms of journalistic integrity. Navarro is doing exactly what she would normally do - taking scientific information and distilling it into the simplest, most concise terms for the viewer. Regardless of the virtual catastrophe surrounding her, her tone remains measured and calm. It only heightens the chilling sense of reality.

The fact that the video has been viewed six million times (and counting) on Twitter alone is testament to how effective the segment is. Not only that, but along with all the 'OMG!' and 'This is epic!' replies, there are many, many notable voices praising the Weather Channel for the innovative and affecting way they have used augmented reality to provide information. 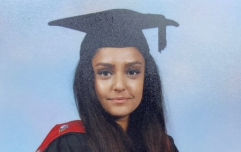 END_OF_DOCUMENT_TOKEN_TO_BE_REPLACED

It's a timely reminder that new media and technological innovations can help supplement and enhance traditional forms of reporting, rather than hinder or detract from them. The key is using it properly and effectively, and not just for the sake of it. 'Going viral' is not the sole preserve of memes or baby pandas. 107 seconds of gripping public information is evidence of that.