We know what you're thinking. There's no way an alligator that big can be real. Well, apparently it absolutely is.

The 15ft giant was shot dead on a Florida farm after it was suspected to have been eating cattle. 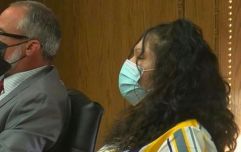 END_OF_DOCUMENT_TOKEN_TO_BE_REPLACED

Weighing in at 800lb, the alligator needed to be transported from the water with a tractor. Professional hunter and owner of Outwest Farms Lee Lightsey said it was one of the biggest he'd encountered 18 years. He and hunting guide Blake Godwin spotted the gator during a hunt over the weekend, where they fatally shot it.

Speaking to the BBC, Lightsey said the animal had to be killed due to the threat it posed to his livestock.

"Although this animal is huge I was not that surprised it existed," he said. "We have come across lots over the last 20 years that have been only a little smaller.

"But what really drew our attention to this animal was the fact that it seems to have been feasting on the cattle on my farm, because mutilated body parts were found in the water. It was a monster which needed to be removed."

In a Facebook post uploaded to the Outwest farms page, Blake wrote: "Lee Lightsey and I had the pleasure of doing a guided gator hunt this morning and killed the largest gator we have ever killed in the wild!! He measured out at just under 15 foot!! Congratulations to Chris and Derek on their monster!!!"

It's pretty sad the animal had to die, but Lightsey said he intended to get the alligator stuffed and donate the meat to charity.