Human remains found in US confirmed to belong to Brian Laundrie

Brian Laundrie has been missing since mid-September

The FBI has now confirmed that the human remains discovered in a Florida swamp belong to Gabby Petito's 'missing' fiancé Brian Laundrie. 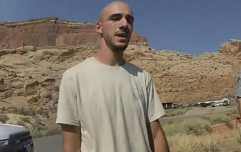 END_OF_DOCUMENT_TOKEN_TO_BE_REPLACED

Confirming the news on Thursday (October 21), the FBI's Denver office said the dental comparison of the remains matched those of Laundrie's records. Laundrie has been missing since mid-September and had last been sighted at his family home in North Port, Florida.

Laundrie's parents have been informed of the discovery and North Port Police officers were sighted at their house on Thursday afternoon, presumably to tell them the news.

The FBI's statement reads: "On October 2021, a comparison of dental records confirmed that the human remains found at the T Mabry Carlton Jr Memorial Reserve and Myakkahatchee Creek Environmental Park are those of Brian Laundrie."

Speaking to NBC News Now, Steve Bertolino, the Laundrie family lawyer said: "Chris had called me to let me know that police had come to his house this evening to inform them that the remains were positively identified.

"Every parent out there knows that getting the news that your child is no longer with you is sad in any circumstances.

"The fact that the Laundries have been subjected to these people outside the front of their house for the last four weeks, and they continue out there today, is just making it more difficult."

It is still unclear how long the bones had been in the area, having originally been discovered by parents Chris and Roberta Laundrie on their first day of searching.

#UPDATE: On October 21, 2021, a comparison of dental records confirmed that the human remains found at the T. Mabry Carlton, Jr. Memorial Reserve and Myakkahatchee Creek Environmental Park are those of Brian Laundrie. @FBITampa pic.twitter.com/ZnzbXiibTM

"I don't want to speculate," the family's lawyer said.

"I try not to do that. I would hope people would stop doing that as well, especially with respect to this case. 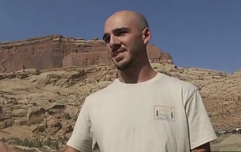 END_OF_DOCUMENT_TOKEN_TO_BE_REPLACED

"And in respect to the cause or how Brian came to be dead I don't know."

Bertolino has also rebuked the idea that Laundrie's family had something to do with his disappearance.

The family are yet to make an official statement and the FBI is still continuing its investigation.

popular
Dr. Dre shares unbelievable video of Eminem's skills to prove no rapper could beat him
'He completely satisfies me' - wife of disabled man hits back at trolls mocking sex life
'Hey kiddo! This is your uncle ' - creepy moment OnlyFans star's relative finds her page
Man tracked down and killed son's paedophile abuser live on TV
The JOE Friday Pub Quiz: Week 279
A definitive ranking of every swear word from worst to best
Former army sergeant who became porn star explains why she made career move
You may also like
News
Brian Laundrie parents 'to cremate body with no funeral' amid mystery over cause of death
News
How did Brian Laundrie’s parents find his remains in a few hours?
News
At least seven bodies have been found in search for Brian Laundrie
News
Brian Laundrie: 'Strong probability' remains found belong to missing fiance
News
Gabby Petito died from strangulation, coroner confirms
Next Page