Jacob Anthony Chansley describes himself as a QAnon digital warrior

The public defender of Jacob Chansley, the man photographed wearing horns and furs whilst storming the US Capitol last week, says he has not eaten since Friday because the detention facility will not serve him all organic food. END_OF_DOCUMENT_TOKEN_TO_BE_REPLACED

Jacob Anthony Chansley — a.k.a. Jake Angeli — describes himself as a QAnon digital warrior, a shaman, an ordained minister, a published author, a former YouTube personality and a Trump supporter.

Chansley was taken into custody on Saturday. He has been charged with two federal misdemeanors: knowingly entering or remaining in any restricted building or grounds without lawful authority, and violent entry and disorderly conduct on Capitol grounds.

Jacob Chansley, AKA Jake Angeli, Arizona man makes first court appearance in for charges related to storming the U.S. Capitol. His mom says he hasn’t eaten since Friday because the detention facility won’t feed him all organic food. @abc15 pic.twitter.com/doTLFal4At

On Monday, he made his first appearance in a Phoenix federal courtroom. Chansley appeared by video, as he is being held in the quarantine section of the detention facility.

His public defender told the judge that Chansley had not eaten since being taken into custody, as he was on an extremely restrictive diet, possibly for religious reasons. Judge Deborah Fine called this "extremely concerning", and told the public defendant to work with the U.S. Marshal's Office to deal with the issue.

David Gonzales, U.S. Marshal for the District of Arizona, told ABC15 that they will "abide by the judge's order," and provide food in line with Chansley's requested diet. 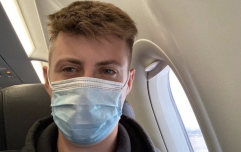 END_OF_DOCUMENT_TOKEN_TO_BE_REPLACED

"He gets very sick if he doesn't eat organic food - literally will get physically sick,“ Chansley’s mother, Martha said.

Jacob Chansley was part of the mob that forced its way into the US Capitol building on January 6th, an event that resulted in the deaths of five people.