The home secretary Sajid Javid has come under fire after dropping Britain's blanket opposition to the death penalty in order to allow two British-born Isis fighters to be sent to the United States. 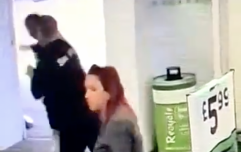 END_OF_DOCUMENT_TOKEN_TO_BE_REPLACED

However, it has been revealed that no such demands will be made of west London-born Alexanda Kotey and El Shafee Elsheikh, who have been stripped of British citizenship and are accused of being members of Islamic State, following their capture in Syria in January.

The pair are suspected of being two of four IS militants, dubbed “The Beatles” due to their English accents.

In a letter seen by The Telegraph to US attorney general Jeff Sessions, the home secretary wrote last month: “I am of the view that there are strong reasons for not requiring a death penalty assurance in this specific case, so no such assurances will be sought.

“I have instructed my officials to set out the terms of our assistance and to work with your officials to action the request."

He added: “As you are aware, it is the long-held position of the UK to seek death penalty assurances, and our decision in this case does not reflect a change in our policy on assistance in US death penalty cases generally, nor the UK government’s stance on the global abolition of the death penalty.”

The move has received widespread condemnation from civil rights groups and politicians, including members of Javid's own party. 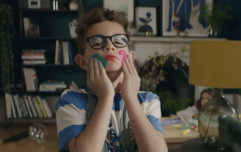 John Lewis ad featuring boy in dress has been banned

END_OF_DOCUMENT_TOKEN_TO_BE_REPLACED

Amnesty International spokesman Allan Hogarth said: “This is a deeply worrying development. The home secretary must unequivocally insist that Britain’s long-standing position on the death penalty has not changed and seek cast iron assurances from the US that it will not be used.

“While the alleged crimes of Alexanda Kotey and Shafee Elsheikh are appalling, the UK’s principled opposition to the cruelty of the death penalty isn’t something it should compromise.

“A failure to seek assurances on this case seriously jeopardises the UK’s position as a strong advocate for the abolition of the death penalty and its work encouraging others to abolish the cruel, inhuman and degrading practice.”

Shami Chakrabarti, Labour’s Shadow Attorney General, said: “Sajid Javid appears to have secretly and unilaterally abandoned Britain’s opposition to the death penalty. By doing so he is not just playing with the lives of these particular terrorists but those of other Britons - including potentially innocent ones - all over the world.

“Just as we should be persuading countries like the US and Iran to drop the death penalty, Sajid Javid appears to be encouraging this grave human rights abuse.”