A heartbreaking video has emerged of a migrant boy asking a Texas border official for help, after claiming he was abandoned in the desert. 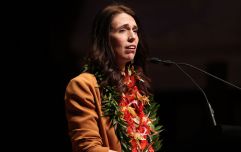 END_OF_DOCUMENT_TOKEN_TO_BE_REPLACED

The footage was released by the US Customs and Border Protection, after being filmed by a border agent on 1 April.

During the video, the young boy, who cannot be identified, is spotted on the side of a dirt road as a US border officer stops to ask him a few questions, before offering him some help.

The young migrant boy tells the border guard that he was with a group of people who were crossing the border, before they abandoned him close to the Rio Grande in Texas at the last minute.

In the video, the boy says in Spanish "I was coming in a group.

"At the end, they abandoned me. I have come here to ask you for help."

The boy added: "I am coming because if I did not, where am I going to go? Somebody could abduct me, kidnap me. I am scared."

The migrant boy reportedly spent a night in the desert before finding the border guard. 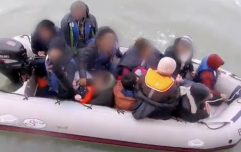 END_OF_DOCUMENT_TOKEN_TO_BE_REPLACED

Gloria Chavez, the US Border Patrol El Paso Sector chief, released a statement after the video was released.

She said: "To all parents who are considering sending their unaccompanied children to the border, please reconsider because it is very dangerous to expose children."

This comes after the US border authorities found more than 170,000 migrants at the Texas border last month, which is reportedly the highest monthly total in around 20 years.

popular
A definitive ranking of every swear word from worst to best
Graphic WAP sign language interpreter is better than the actual song
Tokyo 2020: Footballer guaranteed to be first trans and non-binary athlete to win Olympic medal
Here's how to see who's been taking screenshots of your Instagram Stories
This is how Team GB is doing at Tokyo compared to Rio and London
Guy finds Aldi version of Hula Hoops in branded multipack
The Lord of the Rings Amazon series sets release date and releases first image
You may also like
News
Desperate migrants pledge to risk English Channel crossings 'until they die'
News
New record as more than 430 migrants cross Channel in one day
News
Migrants who use dinghies to cross Channel to claim asylum will no longer be prosecuted
Politics
Migrants could face up to four years in prison under new Home Office plans
News
Over 40 migrants dead after boat sinks off Tunisia
Next Page