You know, on the off chance...

A first edition of Harry Potter and the Philosopher's Stone has been sold at auction for a world record £43,750. 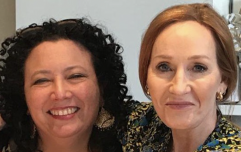 END_OF_DOCUMENT_TOKEN_TO_BE_REPLACED

For anyone who hasn't read the series, the book is the first instalment of in her seven book series about the wizard Harry Potter and his adventures in the wizarding world.

It is the biggest-selling series of books of all time and, combined with the movie deal, Harry Potter has waved his wand and made JK Rowling the richest author of all time with a reported worth in excess of £600 million.

First editions are highly sought-after, but it's not just any copy which will fetch five figures.

According to The Sun, the hardback copy which sold for the large sum was in exceptional condition.

END_OF_DOCUMENT_TOKEN_TO_BE_REPLACED

It was auctioned in London on Wednesday by Bonhams at its Fine Books and Manuscripts Sale.

The copy should be a first edition, which will be made clear in the opening pages.

First editions of the deluxe hard cover version of the Philosopher’s Stone and mint condition paperback covers can also attract large sums of money, while copies with this specific typo have also fetched five figure sums.