The series has been co-created by Harry and Oprah

Prince Harry and Meghan Markle have appeared in a trailer for a new mental health series that Harry has made with Oprah Winfrey.

END_OF_DOCUMENT_TOKEN_TO_BE_REPLACED

After he and his wife Meghan were interviewed by Oprah in March, the Duke of Sussex has teamed up with the American TV host and producer to create the show, called The Me You Can't See.

It is the first media production from Harry since he left the Royal Family last year.

In the emotional new trailer for the series, viewers get a look at the show and what it's about (good start for a trailer) as well as a glimpse at the home life of Meghan and Harry.

The trailer also features archive footage of a young Harry at his mother's funeral being spoken to by his father Prince Charles, along with more recent shots of his growing family from social media.

This timely docuseries explores the current state of the world’s mental health and emotional well-being through storytelling. Co-created by @Oprah and Prince Harry, #TheMeYouCantSee is about people, our experiences, and why we feel the way that we do. https://t.co/tP72EW6k2A pic.twitter.com/pvmU6LnbtF 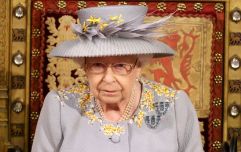 END_OF_DOCUMENT_TOKEN_TO_BE_REPLACED

The series is also set to feature Lady Gaga, Glenn Close and Oprah herself, along with several others.

The trailer has been released just days after Harry told a podcast that his father had passed on a "cycle" of "genetic pain and suffering" to him in his upbringing, and that he is aiming to break this cycle within his family. 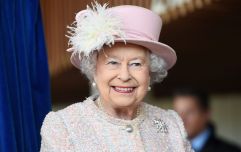 END_OF_DOCUMENT_TOKEN_TO_BE_REPLACED

Speaking to the the Armchair Expert podcast, the duke said: "He's treated me the way he was treated, so how can I change that for my own kids?"

The trailer for The Me You Can't See also features a clip of a discussion between Harry and Oprah about mental health and the stigmas that are often associated with it.

Winfrey says: "All over the world people are in some kind of mental, psychological, emotional pain."

Harry asks: "What words have you heard around mental health? Crazy?"

Winfrey replies: "Lost it. Can't keep it together... It's that stigma of being labelled 'the other'."

Harry adds in the footage: "The results of this year will be felt for decades. The kids, families, husbands, wives, everybody."

Issues and conversations surrounding mental health have become a key focus for the couple in their projects since leaving the world of the Royal Family.

According to the Sussex's Archewell website, Oprah and Harry want to have "honest discussions about mental health and emotional wellbeing while opening up about their personal journeys and struggles."

During Harry and Meghan's interview with Oprah earlier this year, the two of them opened up about their mental health struggle whilst living in the UK, with Markle admitting that she had suicidal thoughts.