Greggs flew too close to the sun

Earlier this week, Greggs announced plans to re-open a limited number of their Newcastle stores to test their post pandemic safety measures, but have now announced that these tests will be conducted behind closed doors. 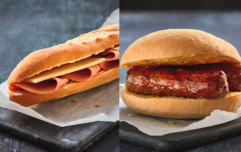 END_OF_DOCUMENT_TOKEN_TO_BE_REPLACED

According to a spokesperson: "Due to significant interest in our 20-shop trial, and the risk that excessive numbers of customers may plan to visit Greggs, we will now initially operate these trials behind closed doors in order to effectively test our new operational safety measures. It was never our intention to attract high levels of customers to these trial shops, and therefore we have decided to temporarily update our test plans and operate behind closed doors only."

"We will continue to review this as we undertake our initial tests and will invite walk-in customers into our shops only when we can be confident of doing so in the controlled manner we intended."

According to the original plans, this Monday was seen as the date for the beginning of a trial that could've eventually seen stores open across the country. At the time, the CEO said he was optimistic that the trial would allow them to test anti-virus safety measures and comply with government social distancing measures.

popular
'Super recogniser' draws 'accurate' modern Maddie McCann to help police find her
'I did three grams of coke during a game': Inside football's problem with Class A drugs
Raphael Varane opens up on playing alongside Harry Maguire
Mum in jail for murder pays tribute to son, 6, killed by his dad and new girlfriend
Chilling video shows moment step mum tried to get away with murdering boy, 6
Former Chelsea technical director Michael Emenalo rejects role at Newcastle
Jack Wilshere could be set to resume career with National League Wrexham
You may also like
Food
You can now get paid to eat Greggs' vegan festive bake
Food
Greggs launches vegan sausage, bean, and cheeze melt
Life
Former homeless man reunites with Greggs manager who bought him breakfast every morning
Food
How to make a Greggs Sausage, Bean & Cheese Melt at home
Food
KFC vs Subway vs Greggs: Vegan lunch shootout
Next Page