Johnny Mercer, Conservative MP for Plymouth Moor View, pulled no punches yesterday in his response to being sacked via a text message, telling Times Radio the government is "a bit of a cesspit."
Advertisement
“Almost nobody tells the truth is what I've worked out over the last 36 hours," he told Times Radio. 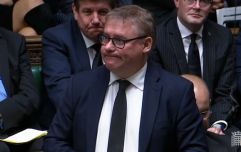 END_OF_DOCUMENT_TOKEN_TO_BE_REPLACED

"This place has taught me a lot about the government and a lot about my colleagues, let's say shooting straight is not one of their finest qualities.

"At some point, everyone has to grow up a bit."

Mercer's comments come after he posted to Twitter a copy of a resignation letter he wrote to government centring around his unhappiness of its management of the Overseas Operations bill.

Also dubbed the "Spycops" bill, the government say the legislation is designed to protect veterans from unfounded prosecutions - however, human rights campaigners have criticised the bill, with former Liberty director Shami Chakrabarti saying it "undermines the rule of law.

Mercer took issue with the government's exclusion of soldiers that served in Northern Ireland during The Troubles from the scope of the legislation.

"I am deeply proud of my predecessors who served in Northern Ireland. They are not second-class veterans," he wrote in the letter. 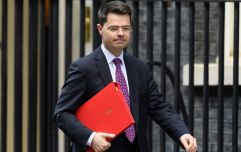 END_OF_DOCUMENT_TOKEN_TO_BE_REPLACED

"They deserve the protections of the Overseas Operations Bill like everyone else. A policy decision was taken not to include them.

"I made promises on your behalf that we would not leave them behind and would walk through simultaneous legislation for them.

I’m sorry to have been relieved of my responsibilities in Government tonight. pic.twitter.com/AWai59fVhE

"No discernible efforts have been made to do so, and I can see no prospect of this changing. END_OF_DOCUMENT_TOKEN_TO_BE_REPLACED

"I have no choice but to leave government and campaign for them in parliament."

And it wasn't just at Times Radio that Mercer blasted the government.

Speaking to The Daily Telegraph, Mercer said that he had an "horrific" experience in his role as veterans' minster over the last two years, saying he had been "treated like sh*t throughout."

"I was treated like sh*t throughout, and the last act of leaking my resignation which I sent as a courtesy only to No10 so that I didn’t ambush them, was a huge mistake. Any goodwill was lost.

“And then when I refused to resign I challenged the Chief Whip to look me in the eye and sack me.

"He couldn’t do it, I left and he texted me.

"That summed it up.