While her lawyers are recommending 4-5 years, government prosecutors are pushing for much more

Ghislaine Maxwell could be facing up to 65 years in prison for sex trafficking offences when she is sentenced in New York on Tuesday. 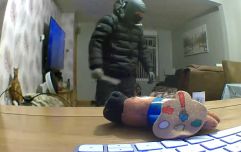 END_OF_DOCUMENT_TOKEN_TO_BE_REPLACED

Alongside her former husband and now-deceased sex trafficker Jeffrey Epstein, Maxwell is charged with at least five counts of sex trafficking. The pair are thought to have sexually abused an untold number of girls as young as 14 throughout the 1990s and early 2000s. 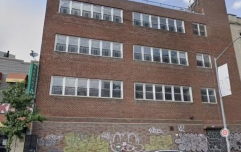 END_OF_DOCUMENT_TOKEN_TO_BE_REPLACED

She has already spent almost two years in a federal detention centre but given that some lawyers estimate more than 160 women and girls may have been victims, many are pushing for a much longer sentence.

Government prosecutors are advising between 30 and 55 years, meaning Maxwell would likely die in jail. The statutory maximum term she can serve, however, is 65 years.

The 60-year-old was found guilty of sex trafficking, transporting a minor to participate in illegal sex acts and two conspiracy charges on December 29, 2021, and her sentencing is due to take place around 11am local time (4pm GMT).

Four victims gave evidence at Maxwell's initial trial but six are due to speak at the sentencing hearing about the impact of the abuse. They include Annie Farmer, 'Kate' (remaining anonymous), Teresa Helm, Sarah Ransome and Elizabeth Stein, as well as Prince Andrew's accuser, Virginia Giuffre.

The Duke of York insists he doesn't remember meeting Giuffrehttps://t.co/ITm1quUfPA 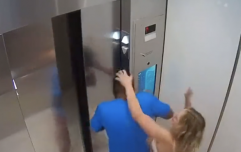 END_OF_DOCUMENT_TOKEN_TO_BE_REPLACED

Maxwell's lawyers tried to delay the hearing after they wrote a letter to the judge explaining how she had been placed on suicide watch, claiming that her clothing, toothpaste and soap had been taken away after she was moved to solitary confinement, and that they could not properly prepare for the sentencing.

She also recently said that a fellow inmate attempted to strangle her in her sleep after being offered money from an unknown source.

Maxwell's lawyers have said that "there are numerous prison inmates who would not hesitate to kill Ms Maxwell — whether for money, fame, or simple 'street cred'".

popular
Ex-teacher who got pregnant by former student plans to film birth so it can be taught in schools
Landlord faces £40k fine after tenant puts swimming pool on roof of flats
James May 'hospitalised after crashing into wall at 75mph filming new show'
Lisa Kudrow hits back at fans complaining about lack of diversity in Friends
Robin Williams' wife shares reason why he killed himself
Furious Reading and Leeds ticketholders demand refunds as band replaces Rage Against The Machine
The JOE Friday Pub Quiz: Week 307
You may also like
News
Woman arrested after husband caught her on video allegedly using drain cleaner to poison him
News
OnlyFans model Courtney Clenney charged with stabbing her boyfriend to death
News
Paraplegic shooting suspect can avoid trial by choosing to die by assisted suicide
News
Police catch car thief after noticing giant teddy bear is breathing - and he's hiding inside
News
Man who put e-cigarette in baby's mouth for internet clout faces 20 years in jail
Next Page