France is bringing back national service

16 year olds will have to undergo a one-month placement

France has introduced a new scheme to make all 16 year olds in the country do one month of national service. 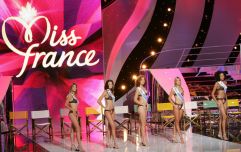 END_OF_DOCUMENT_TOKEN_TO_BE_REPLACED

Both boys and girls will be required to take part, and the service will have two phases, one mandatory and the second optional.

The first phase will be a one-moth placement focused on civic culture, intended to "enable young people to create new relationships and develop their role in society". As well as working with the military, fire service or police, charity work and teaching are also being considered.

The second, voluntary phase will last between three months and a year, and where they will be encourage to serve "in an area linked to defence and security", but they could also work in heritage, or environmental or social care.

The plan was part of Emmanuel Macron’s presidential campaign in 2017.

Initially he suggested all French youngsters should have "direct experience of military life", but the plan has since been watered down.

National Service in the UK was ended on December 31st 1960, with the last people called up leaving military service in 1963.