It could shrink emissions by 127 million tonnes.

A report has suggested that the introduction of a four day week in the UK would dramatically reduce the country's carbon footprint and help it meet its climate targets. 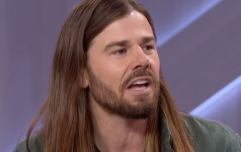 END_OF_DOCUMENT_TOKEN_TO_BE_REPLACED

The study found that a four-day week by the year 2025 would shrink the UK's greenhouse gas emissions by 127 million tonnes, which would be a reduction of 20%. This would be the equivalent of taking the country's entire private car fleet off the road.

In recent years, economists, businesses and some politicians have all begun to show more support for a shorter working week. Last December, Unilever began a year-long trial in New Zealand of a four-day week, and the government's of Spain and Scotland have both launched national level pilot schemes.

Backers of the idea say that shorter working weeks would create more jobs, improve both our mental and physical health and strengthen families and communities. A report from one think tank said that it could potentially create an extra 500,000 jobs and help tackle the rise in unemployment expected as a result of the pandemic.

This report however focused on the beneficial climate impact that a four-day week would have. The study was conducted by environmental organisation Platform London and the 4 Day Week Campaign. The study concluded that a shorter week would reduce emissions from high-energy workplaces and transport, whilst also cutting the carbon footprint of goods consumed in the UK but produced overseas.

The Guardian reports that Green Party MP Caroline Lucas said: "It would not only help deliver on the promise to build back better, it would also have a major impact on carbon emissions. It would improve people’s health, give them the time to give back to their communities as so many want to do, and help address the climate emergency."

Laurie Mompelat, an environmental researcher and report author at Platform London, said: "Shifting to a four-day working week with fair pay for all can help us change the way value is created in society by making more space for care, rest and relationships.

"A shorter working week without loss of pay is a crucial investment in human capital, at a time where everyone’s contribution, care and creativity is required to bring about a more sustainable society." 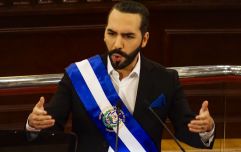 END_OF_DOCUMENT_TOKEN_TO_BE_REPLACED

Joe Ryle, a campaigner with the 4 Day Week Campaign, said: "We already know that the four-day week is good for workers’ mental health and wellbeing but this report proves that it can be a great move for the environment too.

"The environmental movement must get behind the calls for a shorter working week as it could make a real difference in the race to limit the worst effects of climate change."

popular
The JOE Friday Pub Quiz: Week 261
Pep Guardiola's defence of his tone deaf comments is a bizarre hill to die on
Supermarket worker calls out manager as 'pervert' over PA system then quits on spot
Missing influencer Gabby Petito's fiancé is now also missing
Prince Andrew 'worried' after High Court decision and 'not usual blasé self', according to reports
QUIZ: Name every city to host a Champions League final since 1992
'Gleeking' is the 'disgusting' bodily function that most people don't know they can do
You may also like
Life
Junior council worker accidentally makes tons of decisions after thinking they were testing the website
Sport
'Alarm bells' ringing over new football sponsorship pricing fans out of the game
Food
Chippy boycotted because of offensive name which 'glorifies murderer'
News
CEO who raised minimum wage to $70k receives Tesla from employees
Sport
Martin Braithwaite is now one of the richest footballers in the world
Next Page