Former US president George Bush has been hospitalised

He is said to be in a stable condition.

Former president of the United States of America, George H.W. Bush, was hospitalised on Tuesday. His chief of staff Jean Becker told KHOU 11 News that the 41st president is "doing fine". 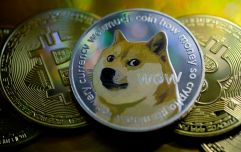 END_OF_DOCUMENT_TOKEN_TO_BE_REPLACED

This is the fourth time that Bush, who is now 92 years of age, has been hospitalised in the past three years, having been treated for pneumonia in 2014, and breaking his neck in 2015 as a result of a fall in his home.

Bush served as vice-president during Ronald Reagan's two terms in office, and then went on to succeed him as President.

Bush's public appearances have been rare lately, as he is in a wheelchair as a result of a rare form of Parkinson's disease. That being said, that hasn't stopped him from celebrating his birthdays, with him recently parachute jumping out of a helicopter for his 90th birthday.

The father of 43rd President George W. Bush is set to be released in a few days, Becker has said.