Covid: Final stage of lockdown easing in England to be delayed by a month

The prime minister will make an official announcement on the delay on Monday.

The final stage of the government's roadmap out of lockdown is set to be pushed by back four weeks, according to reports.

END_OF_DOCUMENT_TOKEN_TO_BE_REPLACED

All legal restrictions on social contact in England were due to end on June 21, but government sources have told the BBC that senior ministers have signed off on the decision to delay this.

It comes amid increasing concern about the rise in infections across the country and the spread of the Delta variant which was first detected in India.

Boris Johnson will announce the news of the delay in a press conference later on Monday. He will also set out the details of the new planned easing of restrictions.

The decision is expected to face significant rebellion from backbench Tory MPs who are adamant that lockdown restrictions should be lifted as soon as possible.

The announcement is also disappointing news for businesses such as nightclubs, which had been building towards the 21 June as the date they would be allowed to reopen for the first time since March 2020.

Former government chief scientific adviser, Sir Mark Walport, spoke to BBC Radio 4 about why the delay of the ending of all restrictions is required.

He said: "It is a race between the vaccination and the virus, and another four weeks makes a significant difference. 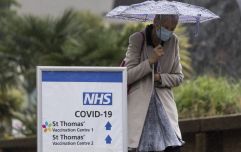 END_OF_DOCUMENT_TOKEN_TO_BE_REPLACED

"It will also help us really establish the extent to which the vaccination breaks or weakens the link between getting an infection and getting the serious effects of ending up in hospital or potentially dying.

"So we'll get a lot more information, we'll see what's happening with hospital admissions, which of course lag [behind] infections."

There is speculation about whether a "break clause" may be included in the new plans.

"If it is as long as a month then there should be a break clause after two or maybe three weeks, to say that if we can tell by then that the rise in cases is not leading to a rise in the serious illness that sends people into hospital, then we can unlock earlier," he said.

The Delta variant has caused a significant rise in cases over recent weeks. The variant is thought to be around 60 per cent more infectious than the Alpha variant that was discovered in Kent at the end of last year and became the dominant strain of the virus in the country.

It is now thought that the Delta variant accounts for 90 per cent of infections in the UK now, and the seven-day average for cases in the UK is up 49 per cent compared with the seven days prior.

There has been rising pressure from scientists and medical experts for the crucial June  21 date to be delayed because of the rise in infections.

popular
Men should ejaculate 21 times per month to reduce cancer risk
The UK beaches set to be wiped out in 30 years due to climate change
Bayern Munich star Joshua Kimmich defends decision to not get vaccinated
How did Brian Laundrie’s parents find his remains in a few hours?
Police investigate “offensive” banner at Selhurst Park
Crystal Palace fans unveil banner protesting Saudi ownership of Newcastle
The JOE Friday Pub Quiz: Week 266
You may also like
Sport
Bayern Munich star Joshua Kimmich defends decision to not get vaccinated
Sport
18 months on, Liverpool vs Atletico Madrid from the fans who were at Anfield that night
Sport
Almost all Serie A players are vaccinated against Covid, compared to half in Premier League
Coronavirus
Study reveals why some people get 'Covid toe'
News
Schools could open on weekends to help kids catch up after Covid closures
Next Page