Everything you need to know about the brand new plastic fiver

Everyone will be familiar with that sinking feeling you get when you realise you've accidentally put a fiver through the washing machine.

From this day forwards, that should no longer be a cause for concern, as The Bank of England has started distributing the UK's first ever waterproof polymer £5 note.

The plastic fiver is being billed as cleaner, safer and stronger, and it shouldn't take much more than a week before they're firing out of ATMs right across the country.

Here's everything you need to know about The New Fiver.

It's going to be much harder to destroy them

The note is resistant to moisture and dirt, so it will stay in good condition for longer. Polymer is stronger and more durable than paper so the notes are better equipped for being repeatedly scrunched up or shoved into the top of a wallet.

It's much harder to tear them, and should you accidentally leave one in your trouser pocket during a wash, the little water warrior should emerge relatively unscathed and ready as ever to be recklessly spent on 2am kebabs.

The plucky fivers aren't invincible, though, so it's best to keep them away from the ironing board. 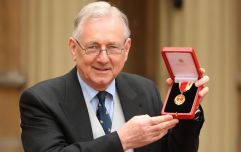 END_OF_DOCUMENT_TOKEN_TO_BE_REPLACED

It's not just the materials that are getting a considerable changeup. The New Fiver is smaller and lighter than its predecessor, but the most notable difference is that the Queen will now share the note with Sir Winston Churchill.

The former Prime Minister replaces prison reformer Elizabeth Fry on the back of the note, and the Queen (obviously) remains on the front.

Below Churchill’s face is one of his most famous quotes: "I have nothing to offer but blood, toil, tears and sweat." 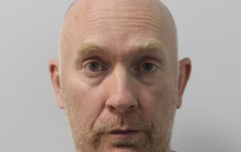 Wayne Couzens will keep over a third of his police pension

END_OF_DOCUMENT_TOKEN_TO_BE_REPLACED

Mark Carney, Governor of The Bank of England, said: "Winston Churchill was one of the greatest statesmen of all time and is the only Prime Minister to win the Nobel Prize for literature...like Churchill, the new polymer note will also stand the test of time."

It's much harder to counterfeit them

The New Fiver boasts a number of security features that make it that bit trickier for fraudsters. These include the see-through window and the foil Elizabeth Tower which appears gold on the front of the note and silver on the back. With the new design, it should be easier to tell if a note is legit when holding it up.

You'll be able to get them everywhere very soon

Initially only cashpoints in London, Manchester, Birmingham, Leeds, Hull and Cardiff will stock the fiver, but there are only a limited number that distribute £5 notes anyway.

Within a week most bank branches are expected to stock them, so those who want one are advised to go in and ask.

And for those worrying that their current fiver stockpile is about to be rendered useless, relax.  You have until May 2017 to use the paper £5 notes.

The future is here, and it lets you dunk Winston Churchill in your tea.