Who doesn't love an unexpected day off?

There's no better feeling than having a Bank Holiday to look forward to, nothing breaks the week up better.

The European Union has recently discussed the idea of people all EU countries getting an extra day off in May in the future.

The purpose of the public holiday would be to build a stronger European identity among citizens.

The day being proposed is Europe Day on 9 May, which will fall only a number of days after Britain's own May Bank Holiday.


Europe Day already exists but not as an official Bank Holiday. Currently, employees of EU institutions already get the day off but now there are calls to extend it into a full-on public holiday across member states. 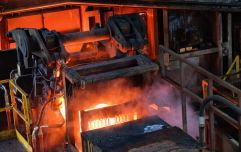 END_OF_DOCUMENT_TOKEN_TO_BE_REPLACED

The idea was discussed in Brussels on Monday and according to Euractiv, Ivan Jakovčić, a Croatian liberal MEP, said it had "clear support".

"It seems there is clear support from several parliamentary groups such as the Greens, the Socialists and ALDE. Having 9 May as a public holiday is not for the sake of holidays but so that we can show our unity and fight for our values," he said.

Maite Pagazaurtundua, a Spanish liberal MEP, even went as far as saying it would "most probably be passed". Sounds good to us!

Of course, if the UK goes ahead with plans to exit the EU on 29 March, then we'll miss out.

You may also like
Politics
Sadiq Khan's Brexit Day message of hope and tolerance
News
Happy Halloween! Brexit delayed until October 31 when all your nightmares will come true
News
Conservatives put out the call for European election candidates
Politics
German paper mocks 'der Englische' with savage cartoon
News
Scottish MEP's speech about Brexit in the EU parliament gets big reception
Next Page