An EgyptAir plane crash that 66 people on board, was likely due to a pilot who had a cigarette in the cockpit and started a fire, a report has found. 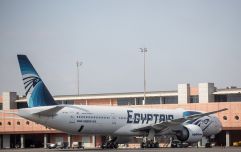 Signals believed to be from crashed EgyptAir black box detected

END_OF_DOCUMENT_TOKEN_TO_BE_REPLACED

EgyptAir flight MS804 was en route to Cairo on 19 May 2016, from Paris, and cruising at 37,000ft, when it fell out of the sky between the Greek island of Crete and northern Egypt.

France’s Bureau of Enquiry and Analysis for Civil Aviation Safety (BEA) has concluded that pilot Mohamed Said Shoukair’s smoke break led to a fire onboard the Airbus A320 jet when his cigarette ignited oxygen leaking from an oxygen mask in the cockpit.

The crash caused the deaths of 56 passengers and 10 crew, including one British citizen.

Egyptian authorities initially claimed the crash was the result of a terrorist attack, suggesting traces of explosives had been found on the bodies of the victims. The allegations were widely discredited. 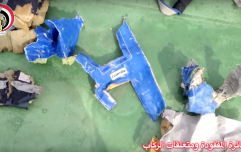 END_OF_DOCUMENT_TOKEN_TO_BE_REPLACED

The BEA concluded in 2018, based on information from the plane's black box, that the flight went down because of a fire, but it remained unclear what caused the blaze. In March, the BEA released a new report saying oxygen had leaked from a pilot’s mask in the cockpit shortly before the crash.

The mask had reportedly been replaced three days prior to the crash and for an unknown reason had its release valve set to the “emergency position,” which can lead to leaks.

At the time of the crash, EgyptAir pilots were allowed to smoke in the cockpit. They are no longer able to.

The crash is currently the subject of a manslaughter case before the Paris Court of Appeals. 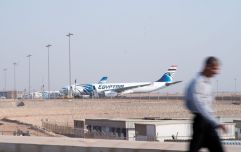 END_OF_DOCUMENT_TOKEN_TO_BE_REPLACED

The BEA report, which was reviewed by the Italian newspaper Corriere della Serra, was released to the Parisian court at the request of local judges.

Speaking to the paper, pilot Daniele Veronelli said cockpit oxygen and mask equipment checks are routine ahead of take-off.

“A door is lifted and the airflow is tested by pressing a button that protrudes from the compartment. By activating the intercom you can hear the oxygen flowing because each mask is equipped with a microphone," he said.

Egypt has not released its own report into the crash and rejected the BEA's 2018 findings.

Antoine Lachenaud, a lawyer representing the family of Clement Daeschner-Cormary, a 26-year-old passenger who died, said the new report showed that the crash was caused by human error, the New York Post reported.

“When warnings are ignored in a systematic manner this results in a crash and it becomes impossible to maintain that this is due to chance,” he said.

popular
Brit on holiday beaten with a brick by gang before being thrown in the sea unconscious
The longest walkable distance on Earth which no one is known to have completed
Dad who ran off with Ukrainian refugee says couple are doing 'brilliantly' - but he can't see his kids
Blood-Smeared toddler now orphan after Highland Park shooting
Fears surging covid cases could ruin summer holidays with return of tests and rules
Man who refused to work as he was 'mourning' after US abortion decision gets fired
Men with ‘very large penises’ wanted for new documentary
You may also like
News
Plane debris from EgyptAir flight found, Egyptian military and airline confirms
News
EgyptAir flight from Paris to Cairo did crash, French president confirms
News
Amazing footage of EgyptAir hostages laughing and posing with their hijacker
News
EgyptAir hijacker's estranged wife responds as he appears in court
News
Sir Keir Starmer categorically rules out rejoining the European Union
Next Page