Eco zealots deflated the tyres of cars in the West End of Glasgow as part of a vandalism spree targeting SUVs - but got the wrong vehicles. 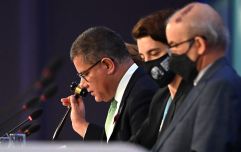 END_OF_DOCUMENT_TOKEN_TO_BE_REPLACED

The group Tyred of SUVs claimed responsibility for the spate of tyre slashings, with police stepping up patrols in the plush area.

Around 60 people woke up on Thursday to find their cars had been ‘disarmed’ overnight.

But the activists targeted vehicles that were not SUVs and had smaller engines.

Solicitor Lucy Conn, 31, who lives in Parkgrove Terrace, found her tyres were let down as she was on her way to drive her three-year-old son to nursery along with her 10-month-old baby around 12.30pm on Thursday.

END_OF_DOCUMENT_TOKEN_TO_BE_REPLACED

She was told by a neighbour the tyres of several cars on the street had been deliberately let down.

A leaflet left on the bonnet of targeted vehicles read: “Your SUV contributes to the second biggest cause of carbon emissions rise in the last decade. 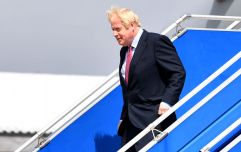 END_OF_DOCUMENT_TOKEN_TO_BE_REPLACED

“This is why we have disarmed your car by deflating one or more of its tyres”.

Conn said: “I thought it was a bit mean given there were two car seats in the back of the car – it’s obviously not a car for one person.

“It is always normal folk that get the brunt of it.”

And the 31-year-old, whose neighbour was also targeted, doesn't even own an SUV.

A Police Scotland spokesperson said: “We are aware of these incidents and there will be increased patrols in the area to provide reassurance to local residents.”