"After years of living my life for other people, trying to make myself smaller for the patriarchy, they run the industry, they are at the centre of everything."

Demi Lovato has said that the patriarchy was stopping them from coming out as non-binary because it was putting them "in a box."

Earlier in May, the singer came out as non-binary in a candid post on social media, and announced that they were changing their pronouns to they/them. Lovato explained that this decision best reflects the "fluidity I feel in my gender expression.'

Every day we wake up, we are given another opportunity & chance to be who we want & wish to be. I’ve spent the majority of my life growing in front of all of you… you’ve seen the good, the bad, & everything in between. pic.twitter.com/HSBcfmNruo

END_OF_DOCUMENT_TOKEN_TO_BE_REPLACED

Now, in a new interview the 28-year-old has said that they felt the "patriarchy" had been holding them back in the past and forcing them to live in a way they weren't comfortable with.

Speaking to acting legend Jane Fonda on her programme Fire Drill Fridays, Lovato said: "After years of living my life for other people, trying to make myself smaller for the patriarchy, they run the industry, they are at the centre of everything.

Thank you @DDLovato for speaking your truth! 🙌

It was an honor to have you join today's Fire Drill Friday with @JaneFonda and @GreenpeaceUSA. pic.twitter.com/akhHoZMs3O 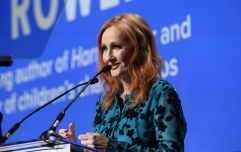 END_OF_DOCUMENT_TOKEN_TO_BE_REPLACED

The former Disney star went on to encourage people to be more accepting and not to exclude others.

Lovato said: "Remembering that even though we are individuals, we are one, and when we start excluding people, that’s when things get really hateful and dangerous."

They first spoke about their sexuality and the decision to identify as non-binary on their podcast 4D with Demi Lovato, describing it as "freeing."

"I want people to understand that just because I'm non-binary, doesn’t mean I'm not going to dress the way I want."