Delay to winter lockdown caused up to 27,000 extra Covid deaths

Locking down earlier could have saved "tens of thousands of lives," report finds

The delay to England’s latest national lockdown has caused up to 27,000 further Covid deaths, a report by the Resolution Foundation thinktank has found.

END_OF_DOCUMENT_TOKEN_TO_BE_REPLACED

The report claimed that one "huge mistake" made repeatedly by the Government was "the failure to lockdown early enough despite clear evidence of the need to do so."

"[The] mistake is all the worse for having been made, not once, but three tragic times," the report said.

Delaying the start of the latest lockdown until January despite evidence of fast rising cases, is estimated to have led to up to an extra 27,000 Covid-related deaths compared to the situation in which restrictions were put in place quickly enough to prevent the death rate rising. pic.twitter.com/oFIYbW08ik

The report, which investigated the Government's handling of the pandemic over the past year, said that the failure to protect care homes, particularly in the first wave which saw the Government sending hospital patients at risk of Covid-19 back into care homes, contributed to the UK's "horrendous death toll."

The big failure: lockdowns repeatedly came too late. This has led to the UK having one of the highest excess death rates per population of any advanced economy. pic.twitter.com/y5p6ZEF4J1 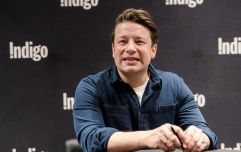 END_OF_DOCUMENT_TOKEN_TO_BE_REPLACED

On Twitter, the Resolution Foundation said: "Lockdowns repeatedly came too late. This has led to the UK having one of the highest excess death rates per population of any advanced economy."

The late introduction of measures also meant that the UK has experienced "among the tightest overall social distancing restrictions over the year as a whole within G7 countries," according to the report.

"Because cases were repeatedly allowed to escalate, restrictions that were belatedly introduced had to be tighter and last longer to bring the overall case load back down," the report said.

The report also said that, due to the tighter restrictions and the weight they have placed on the UK's economy and the hospitality sector, the UK has experienced the biggest fall in GDP (Gross Domestic Product) in the G7 over the past 12 months.

The report praised the vaccination rollout, however, referring to it as a "triumph."

"Not only are lives being saved as a result [of the vaccine rollout], but our economic prospects are being upgraded too."

popular
West Ham fan's laughable attempt to prove Edinson Cavani was offside goes viral
Non-league footballer Christian Rowe dies aged 19
A definitive ranking of every swear word from worst to best
Teen gets USB cable stuck in penis during experiment 'to work out how big' it is
Elon Musk and Jeff Bezos lose billions as tech stocks and crypto plummet
UK's most dangerous prisoner begged for a pet in prison 'and promised not to eat it'
Drivers need to be aware of change to roundabout rules from next week
You may also like
News
Motorcyclist dies in crash live on TV while trying to escape police
Entertainment
The JOE Friday Pub Quiz: Week 278
News
Tories 'threatened to scrap new school' if MP backed Rashford school meal campaign
News
Rescuers attach sausage to drone to save stranded dog that wouldn't move
Life
AA won’t prioritise rescuing women over men ‘because that’s equality’
Next Page