'Deepfake' Queen to give alternative Christmas message on Channel 4

"If there is a theme to my message today, it is trust. Trust in what is genuine and what is not."

For many years, Channel 4 has traditionally aired an alternative Christmas message on the big day, with a notable figure giving their counterpoint to the Queen. But this year, that message will be delivered by The Queen - or at least a deepfake version of the monarch.

END_OF_DOCUMENT_TOKEN_TO_BE_REPLACED

Deepfakes are incredibly realistic computer recreations of faces and people  - so realistic that to most people it looks like the real thing.

The Channel 4 Christmas speech will be delivered by a deepfake Elizabeth II, created by Oscar-winning VFX studio Framestore.

Deepfake speech technology is in development as well, but for this message, the Quuen is voiced by British actress Debra Stephenson.

In a clip released by Channel 4, the fake Queen says that she was "saddened by the departure of Harry and Meghan."

"There are few things more hurtful than someone telling you they prefer the company of Canadians," she continues. 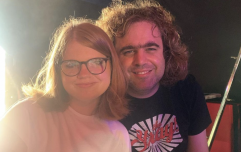 Daniel and Lily from The Undateables have called off their wedding

END_OF_DOCUMENT_TOKEN_TO_BE_REPLACED

She also has a go at a TikTok dance challenge, and there will be a reference to Prince Andrew stepping down from royal duties.

Channel 4 say the video is intended to give a "stark warning" about the potential harm the technology could cause if it used to spread fake news and false information.

This underlined with the fake Queen's opening lines: "If there is a theme to my message today, it is trust. Trust in what is genuine and what is not."

Microsoft recently unveiled technology that it claims can spot deepfakes, but technology is advancing at a rapid rate.

Several deepfake videos have gone viral in recent years. Earlier this year, a deepfake inserting actors Tom Holland and Robert Downey Jr into the film Back To The Future caused a stir online.