David Beckham has managed to swerve prosecution for speeding in London after it emerged the official notice regarding his offence arrived a day late.

The Notice of Intended Prosecution (NIP) was delivered one day after the 14-day limit, allowing the former midfielder's lawyer to successfully defeat the allegation on a technicality.

Nonetheless, Beckham accepted the claim that he reached 59 miles per hour in a 40mph zone of the A40 in Paddington, West London, on January 23.

Represented by Nick Freeman, the 43-year-old was helped out by the man dubbed Mr Loophole. Previously, the solicitor wrote of his ability to deliver for his clients in a book titled The Art Of The Loophole.

Freeman used a similar technicality to successfully prevent the prosecution of Andrew Flintoff after the former England cricketer drove at 87mph through a 50mph zone in 2008, while a spelling error in a case against explorer Sir Ranulph Fiennes saw another of his clients escape punishment. 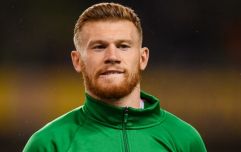 END_OF_DOCUMENT_TOKEN_TO_BE_REPLACED

In the wake of Beckham's prosecution being prevented, road safety campaigners have come out in force to call out the ex-Manchester United player.

"This says if you have enough money you can lead a different life to everyone else," Claire Armstrong of Safe Speed Campaign told The Sun. "It also appears to show speeding is not seen as dangerous by courts."

Many are unhappy that a man who is an idol to many has been allowed to walk free even though District Judge Barbara Barnes told Wimbledon Magistrates' Court that it was likely that the NIP was sent, but not received, on time.

"Unfortunately and sadly some post attracts problems," said Mr Freeman after the hearing, which Beckham did not attend. "There might be nobody at fault here."