"I feel we need some working-class people, people who have lived a real life."

Danny Dyer is a national treasure. 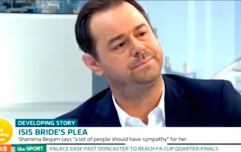 END_OF_DOCUMENT_TOKEN_TO_BE_REPLACED

When he's not acting in Eastenders or presenting a quiz show about balls, he coming out with gems like calling David Cameron a twat or saying that Oswald Mosley was a melt.

Now Danny Dyer has gone on another passionate diatribe about politics on national TV, saying that "the people who went to Eton can't run this country."

Whilst being interview on BBC Breakfast alongside his daughter Dani, that actor was asked if he had any final thoughts before they let him go.

"My one rant would be that we must learn now that the people who went to Eton can't run this country," Dyer exclaimed.

"They've done it, they've tried to do it, and this little, small group, who all went to the same school, in the same class, it doesn't work. 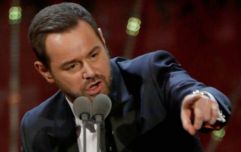 END_OF_DOCUMENT_TOKEN_TO_BE_REPLACED

"So I feel we need some working-class people, some people who have lived a real life. People who are in touch with what's going on in reality, to maybe come to the front now, and get involved in how this country is run."

The presenter then asked he'd thought about going into politics himself, but he said he had enough on his plate.

"No darling, I'm too busy. I've got a game show on at the moment, I've got a podcast with my daughter, and of course, I'm in the greatest soap that there's ever been. So I'm alright for the minute. So let's just watch the government unravel themselves I think."

Danny Dyer is currently hosting The Wall on BBC 1, a Saturday night game show where contestants drop large balls down a big wall to win money.

He has also started his own podcast with his daughter Dani Dyer. Sorted With the Dyers sees the father-daughter duo turn agony aunts and offer advice to listeners. 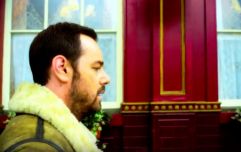 END_OF_DOCUMENT_TOKEN_TO_BE_REPLACED

In June 2018, on a special evening edition of Good Morning Britain, Danny Dyer famously went on a rant about Brexit, asking. "What's happened to that twat David Cameron that called this on?"

"Where is he? He's in Europe, in Nice, with his trotters up. Where is the geezer? He should be held to account for it."