An Australian father captured the terrifying moment his young son surfed over a Great white shark.

Chris Hasson was enjoying a day at Samurai Beach in western Australia when he photographed his 10-year-old son Eden's incredibly close encounter.

The father said he saw something in the water just before taking the shot but his son caught the wave before he could call to him.

"There were a couple of guys out, including Eden, and I was on the rocks. I had been swimming in and out with flippers with my five-year-old and 12-year-old daughters and decided I had enough of that.

"Then I just had a gut feeling and so I zoomed in and went wow. I quickly called everyone in and obviously the rest is history." 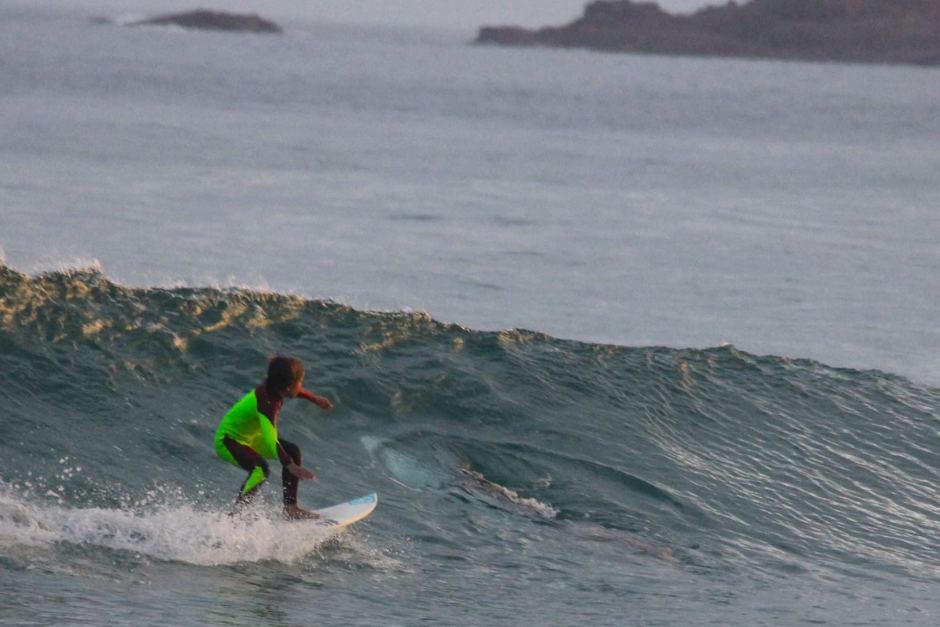 A marine biology professor, Danny Bucher, told the website that the shark appeared to be a white pointer, more commonly known as a Great white.

However he said because the shark was on its back it appeared to be trying to roll away from the oncoming surf board in an attempt to avoid it.

Despite the very close shave with the open-mouthed shark, Mr Hasson said Eden had been left unfazed.

He added: "Everyone was pretty amazed on the beach. Eden said 'lucky I didn't fall off, Dad'."