People often asked why Pride is still a necessity, that the LGBTQ+ community is shoving it in people's faces, that no one really cares about your gender or sexuality.

But the world around us would say otherwise. Czech President Milos Zeman, who looks exactly like you would imagine a transphobe looks like, has hit out against trans people and the wider queer community.

As Czech Republic storm to a brilliant win over Netherlands in the Euros, their country's leader President Zeman brands transgender people 'disgusting'. Thus confirming he himself is disgusting. https://t.co/EzoIacrmep pic.twitter.com/xAkNQECEVD

It seems strange to refer to the condemnation of human rights violations as 'criticism', but Hungary was heavily criticised last week on their new legislation, which would prevent LGBTQ+ content from being taught in schools and also shown on and media aimed towards kids. EU members quickly criticised the legislation and Hungary's premier Viktor Orban.

Naturally, people with these kinds of views have to stick together, so Mr Zeman has shown support for Orban by claiming other nations are attempting to meddle in internal affairs.

Various sources say Hungary‘s Prime Minister Viktor Orban won‘t attend tonight’s Germany-Hungary game. Orban would have faced a sea of rainbow flags. Around 11,000 to be distributed among 🇩🇪 fans although UEFA denied permission for the stadium to be lit up in rainbow colours. 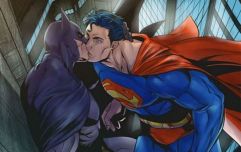 END_OF_DOCUMENT_TOKEN_TO_BE_REPLACED

"Viktor Orban says that he is not against homosexuals, but that he is against the manipulation not only of parents, but also of children in sex education," he said.

"I see no reason to disagree with him, because I am completely annoyed by the suffragettes, the Me Too movement and Prague Pride."

It seems rather confusing that Zeman is annoyed by women who were alive over a hundred years ago.

"If you undergo a sex-change operation, you are basically committing a crime of self-harm.

Advertisement
"Every surgery is a risk and these transgender people to me are disgusting."
Though laws in the UK do not obviously discriminate against marginalised groups, this is not an issue far off distant land. Trans people around the world are still heavily persecuted, oppressed, and literally killed for merely existing.
Podcasts

popular
Grimes says baby X Æ A-XII calls her by first name as she doesn't identify with 'mum'
The JOE Friday Pub Quiz: Week 261
Shipwrecked mum found dead saved her children by breastfeeding them at sea
'Gleeking' is the 'disgusting' bodily function that most people don't know they can do
Man has hand ‘chopped off at the wrist in London after vigilantes corner him’
Megan Fox says she wore her 'naked' VMAs dress because Machine Gun Kelly told her to
Missing Instagrammer Gabby Petito's last text suggests 'she may have been 800 miles from last sighting'
You may also like
Life
Jewish school refusing to teach LGBT issues should not be expanded, says Ofsted
Life
It’s Raining Men changed to It’s Raining Them in gender neutral edit
Life
Gay men in Afghanistan fear that the Taliban will execute them at any moment
Sport
Jurgen Klopp calls on Liverpool fans to stop singing homophobic chant
Entertainment
Spartacus and The Horizon actor Francis Mossman dies aged 33
Next Page