A cyber attack on Facebook has left the personal information of 50 million users of the social media website at risk, the company had admitted.

Employees discovered the security breach on Tuesday, however, the flaw has existed for over a year, with attackers exploiting a feature in Facebook’s code that allowed them to take over user accounts.

The bug is due to a feature called "View As" that allows people to see what their Facebook profile looks like to others.


“We’re taking it really seriously,” Mark Zuckerberg, the company’s chief executive, said in a conference call with reporters. “We have a major security effort at the company that hardens all of our surfaces.” He added: “I’m glad we found this. But it definitely is an issue that this happened in the first place.” 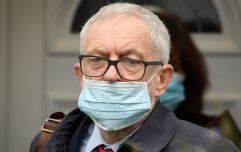 END_OF_DOCUMENT_TOKEN_TO_BE_REPLACED

More than 50 million Facebook users subject to the breach were forced to log out of their accounts early Friday, along with an additional 40 million as a security measure.

"We have yet to determine whether these accounts were misused or any information accessed. We also don’t know who’s behind these attacks or where they’re based," Facebook said.

"We’re working hard to better understand these details — and we will update this post when we have more information, or if the facts change."

You may also like
News
Three dead and multiple injured in 'suspected terror attack' in Nice
News
Police will enter homes to break up Christmas dinners if families break rules
News
No, Woolworths is almost definitely not coming back to save 2020
News
Turns out coronavirus antibodies last 'just a few months', so that's crap
News
NASA confirms the presence of water on the moon
Next Page