US wildfire couple charged with 30 crimes

The couple who felt the need to include a smoke bomb in their gender reveal party has now been charged with thirty crimes following the untold destruction it caused. A pyrokinetic device they used during the party engulfed 23,000 acres in flames, destroyed five homes and fifteen other buildings, and unfortunately caused the death of Fireman Charlie Morton. 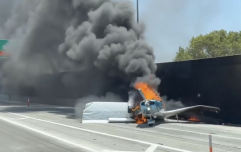 END_OF_DOCUMENT_TOKEN_TO_BE_REPLACED

Refugio Manuel Jimenez Jr and Angela Renee Jimenez were charged with thirty crimes, including but not limited to involuntary manslaughter.

“You’re obviously dealing with lost lives, you’re dealing with injured lives, and you’re dealing with people’s residences that were burned and their land that was burned,” said Jason Anderson, the San Bernardino County district attorney. “That encompasses a lot of, not only emotion, but damage, both financially and psychologically.”

A news release issued by California Fire noted that the gender-reveal pyrotechnic device had ignited the blaze. In usual circumstances, the smoke bomb might not have caused such havoc. However, the area was experiencing record-breaking high temperatures of around 121F (49C). 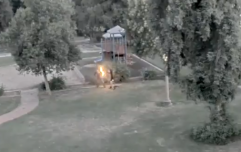 END_OF_DOCUMENT_TOKEN_TO_BE_REPLACED

“Cal Fire reminds the public that with the dry conditions and critical fire weather, it doesn’t take much to start a wildfire.

“Those responsible for starting fires due to negligence or illegal activity can be held financially and criminally responsible.”

An image of Morton at his memorial on September 25, 2020/Via Getty 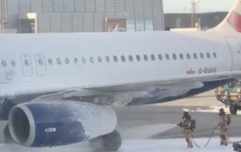 END_OF_DOCUMENT_TOKEN_TO_BE_REPLACED

Fireman Charlie Morton was thirty-nine when he died, having been a veteran with the San Bernardino National Forest Service, and part of an elite team that deploys across the US to fight wildland fires.

“He’s fighting a fire that was started because of a smoke bomb,” Anderson said of Morton’s death. “That’s the only reason he’s there.”