COMMENT: Theresa May's non-election campaign is a fucking disgrace and we shouldn't stand for it

It's very possible that the Maybot 3000 is Lynton Crosby's greatest achievement. The spin doctor supreme is famed for helping right-wing politicians achieve victory through his mastery of the dark arts. Smile and wave, and leave the devious shit-slinging to LC. He's not dubbed the Australian Karl Rove or 'Wizard of Oz' (probably by himself) for nothing.

END_OF_DOCUMENT_TOKEN_TO_BE_REPLACED

In Theresa May, he essentially has an amorphous lump of damp clay. He can shape and mould her into whatever he pleases, as long as it doesn't require any charisma, principles, or personality. May is vague to point of gaseous, like a fart in a lift. Crosby's job is to convince the nation that she's their fart, and therefore one to savour and cherish rather than waft away.

Steve Bell’s If ... Lynton Crosby has the election in the bag https://t.co/4FQvKyf93z

In lesser hands, the PM's nothingness and lack of moral fibre would be a hindrance, but to Crosby it's a gift. He doesn't need to worry about strongly held beliefs (she has none) or ideological direction (she's happy to three-point turn on anything), and therefore he is able to cast aside actual politics and focus purely on a meaningless buzzwords that test well.

If hadn't already noticed, 'strong and stable leadership' tests through the roof. May has spent the best part of the last fortnight repeating the phrase like a scratched 'Now That's What I Call Brexit' LP. If you look carefully, you can even see the piece of string that Lynton pulls from her back each time she blurts out the single same mantra with obedient monotony.

We know that, to an extent, that is how politics works. When parliamentary seats are at stake, details and nuance go out of the window. Election time sees pretty much every politician swap reasoned debate for catchy slogans to get their message across. But this is the first time they have made up the entirety of an election strategy. It is the maiden non-campaign.

That is to say that May is attempting to win a general election without engaging with the electorate on any level, other than carefully worded statements and perfectly rehearsed engagements. This means zero interaction with real people, and minimal access to the media. It is both breathtakingly audacious and utterly revolting in its conceit.

Theresa May faces an enthusiastic crowd at her campaign trail. Strictly no questions again.https://t.co/PuJSTItUz4 pic.twitter.com/jpUfLFSIs1

100% correct. That's my workplace, she didn't arrive until we'd all left for the day. Everyone in the building past 6pm was invite-only.

Each day we subject to the same nonsense charade. May is plonked in front a carefully vetted and most likely paid for group of 'supporters' in an otherwise vacated factory of some sort. They all hold up identical placards in unison, with bored frowns on their diligently selected rainbow nation faces. As an aside, this is a great time to be a Sikh extra - please bring own turban. 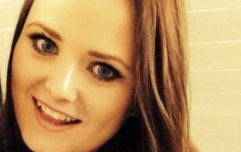 END_OF_DOCUMENT_TOKEN_TO_BE_REPLACED

May goes on to say 'strong' and 'stable' a lot, whilst doing the kind of piss-poor Margaret Thatcher impression (you know the kind of the thing: dropping her voice an octave, elongating the end of a sentence as if she's shouting over applause that don't come), that has led weird old male Tories to ickily refer to her as 'mummy'. Pass me a fucking sick bag.

That won't stop us. Oh what fun we're going to have.

Meanwhile, the media aren't allowed anywhere near her, and on the few and fleeting moments when they are, they're meant to act like she's fucking Mariah Carey. No eye contact, no photographs, no questions about the lack of media access, and strictly no blue M&Ms. The strategy seems to revolve around the very least amount of May as possible.

It continued on Tuesday, when the heavily choreographed circus rolled into Cornwall, and the local papers were naive enough to assume they'd be allowed to cover the visit properly. Unfortunately not - May was present on the south coast purely so that the BBC/Sky could report that, 'Today the Prime Minister was campaigning in Cornwall', and nothing more.

Never known a visit like this. Our reporters banned from watching PM walk around a factory by @Conservatives PR team https://t.co/6dbZzNeRKP pic.twitter.com/or8NacPLdX

In the stead of any real media scrutiny, we have this hilarious footage of May being interviewed by her own Scottish leader Ruth Davidson, which is akin to Penfold grilling Danger Mouse about what happened to his eye. Hark at how incredibly awkward they both are, as if taking part in a particularly cringeworthy episode of First Dates.

Great day campaigning with @RuthDavidsonMSP. Your vote will strengthen our hand in Brexit negotiations & help the whole of the UK flourish. pic.twitter.com/2ySIF3diQN

The reason why May feels able to play it so outrageously safe is because of the huge lead she currently enjoys in the polls. Much of the voting public remain sceptical, bordering on suspicious, of Jeremy Corbyn (will he replace Christmas with Ramadamadingdong?), whilst they can't decide whether voting for Tim Ferron would be a sin or not.

This is why May refuses to take part in a live televised debate - because there is a very real danger that she'd fuck up on primetime telly and allow people to change their views about her rivals. When questioned about the issue on Peston on Sunday, her bare-faced justification was that she wanted to focus on getting "out and about" and meeting "real people" FFS!

We asked what you wanted to #AskMay. TV debates was a popular topic, heres #Peston asking the PM @fox1038's question https://t.co/UHzMr2TSUk pic.twitter.com/CkPB9tAoav

It's complete bollocks. She's frightened to death of meeting real people because she can't cope with human interaction in any form. It doesn't feature in Lynton Crosby playbook and should therefore be avoided at all costs. The problem with the general public is that there is a very real danger of spontaneous behaviour and questioning of an unscripted variety.

Thus May hides in secluded meeting spaces in wooded areas, enters and exits using fire escapes, and hastily cancels visits to charity duck races in Lancashire because there's a planned protest about NHS cuts. It's a bit like that film, The Fugitive, except instead of Harrison Ford you have a socially awkward 60-year-old woman accused of running the country.

BBC report Theresa May "campaigning in Aberdeen". She's in a tiny hall 17 miles outside the city, special invitation only - you peasants! pic.twitter.com/YhBJnq0jWq

Theresa May spotted in a forest. One real person not allowed near her shouts to her asking her to "meet the people" pic.twitter.com/cnxJjosEZ4

It would be laughable if it wasn't such a fucking disgrace. The arrogance is astounding, and the implied contempt for the voting public is vile. Even when a critical mass of Westminster commentators pick up on the absurdity of it all, the Tory response is simply to ramp up the spin and fake it instead.

May's now infamous door-knocking pantomime in Aberdeenshire was laughable. The only living person she encountered gave her short shrift, whilst the other five doors she knocked on in the well-to-do street were utterly vacant upon inspection, which works as a depressing metaphor. It's little wonder that the Thick Of It called it a day because they couldn't compete.

Emperor May seems to duck out of debating on doorsteps too with this cherry picked, quiet, non-confrontational canvassing spot. pic.twitter.com/MgwpKuGt9C

May's minimalist strategy and cowardly mindset has been compared to a football team that's 2-0 up in a crunch game. with only ten minutes of normal time to play. The implication being that she's effectively 'parking the bus' and 'taking it to the corner' in order to maintain the status quo and protect her lead until the final whistle of election day.

Fuck that shit. It implies she's actually done something to achieve her current advantage, If we're dealing tenuous football analogies, it's more akin to not allowing any supporters into the ground, refusing to play the actual game, and convincing the press box to report that you won anyway, in the hope that the fans outside believe you and accept the result.

She has no idea where she is. Literally pic.twitter.com/m4EN3CN5F0

The most worrying aspect of May's refusal to engage with anyone other than briefed colleagues and paid activists is what that suggests about her. Is she really so incompetent, so utterly lacking in depth and substance, that to subject her to the outside real world would be dangerous to the cause? There's playing it safe, and there's doing everything you can to hide a liability.

Certainly her recent appearances on Peston and the Andrew Marr Show show her to be somewhat feckless when it comes to communicating without a rehearsed script or  handy autocue. Marr's gentle ribbing about her tired 'strong and stable' catchphrase, and suggestion that she's a tad 'robotic' very nearly caused a live malfunction. She spent ten seconds buffering.

If May's prime selling point is that she is a 'safe pair of hands' with regards to least worst-case scenario Brexit negotiations, we should all be extremely concerend. She is clearly unable to negotiate a few off-the-cuff responses with the media, or converse with the public, so how is she going to cope in the mammoth task of agreeing a workable exit strategy from the EU?

The early signs are not good. German centre-right newspaper Frankfurter Allgemeine Sonntagszeitung are not known for sensationalising their copy, but their report on May's Downing Street meeting with Jean-Claude Juncker is damning. She is depicted as deluded, preoccupied with meaningless stock phrases, and lacking any knowledge of real-life implications.

None of this paints a particularly flattering picture of who or what Theresa May is. During her campaign to become Conservative Party leader, she sold herself as the reluctant pragmatist, more concerned with doing her job than selling herself. She won largely because people were voting against others rather than for her. Now she's looking to repeat the trick.

The plan is therefore to avoid any potential pitfalls and become an extreme conservative with a small 'c'.

That means avoiding the public, avoiding the press, avoiding any interrogation, and if at all possible, avoiding the general election. Regardless of whether you are Labour 'til you die or dyed-in-the-wool Tory, May's utter contempt for you as a voter, and her party's apparent no-confidence in her, should be a matter of huge concern and anger.

Can't blame the Tories for trying to hide Theresa May from the public. She's dreadful.

popular
World's tallest female pornstar explains why she prefers shorter men
'I resent my mum for not switching me back after baby mix up at hospital'
Former Leeds striker banned for four years over yellow card bribe
Premier League footballer arrested on suspicion of child sex offences has bail extended
Doomsday Clock 2022 at 100 seconds to midnight - closest to apocalypse yet
Hojbjerg saves Steven Bergwijn from certain red card after last-minute winner
Daniil Medvedev booed mercilessly by Australian Open crowd during honest interview
You may also like
Sport
Ousmane Dembele breaks silence on Barcelona transfer speculation
News
Doomsday Clock 2022 at 100 seconds to midnight - closest to apocalypse yet
Life
You'll still have to wear face masks on the Tube, despite end of Plan B
Coronavirus
Why are we ditching Plan B now and how do our covid measures compare with Europe?
News
Man becomes millionaire after taking selfie every day for five years
Next Page