COMMENT: Kelvin MacKenzie proves once again that he is a shitbag and the Sun are pure scum

Ross Barkley is 23 years old and earns a reported £60,000-a-week for playing the sport he loves for his hometown club. He has represented his country at six levels, including 22 senior caps and has played for England in a World Cup. Barcelona legend Xavi Hernandez, widely acknowledged as one of the greatest midfielders ever, praised Barkley and commented that he has the physical and technical qualities to thrive in La Liga. Barkley is a still a very young man, who will learn from his mistakes and become a better professional and human being for it. The world is his oyster.

Kelvin MacKenzie is none of these things. He is a hateful, bitter, reviled 70-year-old has-been. Twice he has tried to enter politics and twice he has failed. His only real connection with the game of football is the fact he used to support Millwall, and then Charlton Athletic, and then Queen's Park Rangers when Charlton were relegated. He edited the Sun for 13 wretched years. He used the headline 'GOTCHA!' when a British submarine sunk the Belgrano during the Falklands War, killing over 300 Argentine conscripts. His newspaper lied about Hillsborough, falsely blaming Liverpool fans for the tragedy, and reporting that they stole from, and urinated on, dead bodies, and made necrophilic comments about dying victims.

As editor of the redtop rag, he was responsible for printing a story about Benjamin Zephaniah, with the headline 'WOULD YOU LET THIS MAN NEAR YOUR DAUGHTER?', saying of the revered poet: 'He is black. He is a Rastafarian, He has tasted approved schools and Borstals...is this really the kind of man parents would wish to have teaching their sons and daughters?' He also described Brighton as 'a nasty town of drugs, gays, AIDS and drunks', and approved the following description of the AIDS epidemic:

More recently, his focus has been on demonising Muslims and painting them squarely as the enemy within:

Put simply, MacKenzie is a disgraceful human being.


He is a dirty, sadly still throbbing haemorrhoid on the rectum of humanity. He has no redeeming features whatsoever. Kelvin MacKenzie is a pig. He is almost universally accepted as vomitous, unscrupulous, poisonous and utterly vile. His very existence is a massive fucking pity for all of us. But of course the Sun still employ him to smear his filth over their already shit-stained pages, because that's what they do. They're scum too. MacKenzie has presided over some of that filthy rag's darkest, most depraved moments, and they reward him with the grubbiest soapbox in journalism. 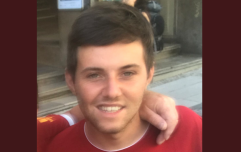 END_OF_DOCUMENT_TOKEN_TO_BE_REPLACED

His latest copy takes aim at Barkley, and that is where the connection is sadly made between burgeoning young talent and bloated festering mess. The Everton playmaker was assaulted in a Liverpool bar on Sunday evening in an incident that wasn't his fault. That said, former pros with only the player's best interests at heart subsequently advised that he would be wise to avoid such situations in future. It was sage council, and the youngster's doting family will no doubt be telling him likewise. There's a lot of dickheads out there, and it is important to exercise self-preservation.

Unfortunately some dickheads are hard to avoid. Leathery ballsack Kelvin waded into the conversation on Friday by mocking Barkley's intelligence and appearance, as well as the city of Liverpool, and working class people in general. He claimed that the assault 'came as no surprise' to him, before making an allegation as to why the incident may have occurred, with the handy 'don't-sue-me' magic word, 'allegedly'.

He went on to suggest that the only affluence around Merseyside not resulting from a career in football could only ever derive from drug dealing. According to the repulsive hack, the local women are essentially all gold diggers on minimum wage, whilst any young men with means either play professional football or have criminal records. All this on the day before the 28th anniversary of the Hillborough anniversary - a sickening tragedy that was made so much worse by MacKenzie's wicked coverage. Back then, as now, he was vilifying the people of Liverpool, and now he has the cheek to tell Barkley to wise up and learn from mistakes.

If the Hillsborough anniversary and timing of the article seem like a coincidence, then you simply don't know MacKenzie. He is a depraved shithouse who is always acutely aware of what he is doing and the offence and hurt he is causing. He takes great pride in causing maximum offence, and then claiming faux innocence like the amoral coward he is. Which brings us to an especially bizarre aspect of MacKenzie's copy - a special focus on Barkley's appearance. Yes, a man who looks like an actual testicle with arms and legs decided to have a prolonged pop at a professional athlete's appearance.

You see, Ross Barkley is part Nigerian on his father's side. And MacKenzie chose to characterise him as follows:

Here's the thing: Barkley is known for his technique and ability on the ball, which is unusually good for a player from these shores. He is not especially famed from his physical attributes. Granted he is over 6ft tall, but he is gangly if anything and not particularly muscular. So why MacKenzie chose to describe him in ape-ish terms with special emphasis on his physique is peculiar to say the least. An image entitled 'HERE'S WHY THEY GO APE AT ROSS', showing Barkley and a silverback, is accompanied by the question: 'Could Everton's Ross Barkley represent the missing link between man and beast?'

'PERHAPS unfairly, I have always judged Ross Barkley as one of our dimmest footballers. There is something about the lack of reflection in his eyes which makes me certain not only are the lights not on, there is definitely nobody at home. I get a similar feeling when seeing a gorilla at the zoo. The physique is magnificent but it’s the eyes that tell the story.'

Such words and images would be far more shocking if they were the work of anyone else but MacKenzie, in any other publication but the Sun. They fit perfectly into Kelvin's murky corridor of uncertainty. He plants the seed of poison with expert precision, and waits for his vile inferences to seep in and the intended offence to blossom. Then he follows it up with dismissive incredulity when faced with the criticism that his sentiments deserve and that he never admits to. Because he's a shitbag.

I hope that Ross Barkley lives a happy and rewarding life, as I fully expect him to. I know Kelvin MacKenzie hasn't and won't, and that makes me glad. The former has the world at his feet, and a prosperous life ahead of him; the latter is hateful and hated, and will be remembered for his failings and poisonous nature. Fuck him, and don't buy the Sun.