This is not good news for the nation's hedgehogs

Some people in this crazy world of ours have what is known as the Midas touch. Midas, for those who don't know, was a king from Greek mythology, whose touch turned everything to gold.

These people just succeed, no matter what they turn their hand to. Business? Success. Personal life? Success. Hobbies? Success, somehow. The point being that - they appear born to succeed.

But every action but have an equal and opposite reaction. That is why, in life, we also have people like Chris Grayling MP.

People like Chris Grayling, and specifically Garyling himself, appear cursed by the gods of fortune to not only fail at every single task they're entrusted with, but also to be continually entrusted with tasks.

There is no task to small or grand that Grayling can't make an enormous mess of, to the point that it is reasonable to suspect that even the act of pouring cereal into a bowl each morning would be a daunting one for him.

This is the man who, in 2018, awarded a contract worth £13.8m to British firm Seaborne Freight to provide additional cross-channel freight capacity in case of a "no-deal" Brexit, despite the fact that Seaborne Freight had never operated a ferry service.

They also didn't own ships. 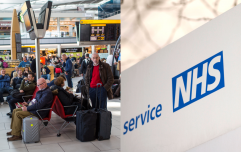 END_OF_DOCUMENT_TOKEN_TO_BE_REPLACED

This is also a man who, in his ideological enthusiasm to part-privatise the probation system while justice minister, ended up costing the taxpayer £171 million.

There is more to read on his many past failures, but let us instead look to what his future holds, because now Grayling has in the clumsy hands the fate of Britain's hedgehogs.

This week, Grayling tabled an amendment to the Environment Bill, which he said he hoped would help "Britain's favourite animal". Ah yes, hedgehogs, man's best friend.

"It is Britain's favourite animal, its numbers are declining and it should be as well protected as any other popular but threatened British animal," he said.

We'll reserve judgement on this, but what we can say is this: our thoughts are with each and every hedgehog on this island at this difficult time. They're going to need them.