As more victims bravely come forward, more questions will be asked over who knew about Harvey Weinstein's alleged actions.

His character was well known - aggressive, bullying and extremely powerful - but the rumours around his preying on women were something of an open secret in Hollywood. 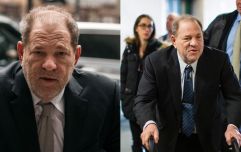 END_OF_DOCUMENT_TOKEN_TO_BE_REPLACED

Some treated them as a joke, some as attempts to slight a powerful man in the movie business, but for others, they were deadly serious. Knowing what we know now, the 'casting couch' jokes about what an actress or actor might have to do to get to the top aren't so funny now.

Back in 2005, singer Courtney Love was asked if she had any advice for young women moving to Hollywood for the first time. She pauses, looking a little on edge, before saying, "I'll get libelled if I say it."

.@Courtney Love's advice in 2005: "If Harvey Weinstein invites you to a party at the Four Seasons, don't go." https://t.co/I1Zq0WvVNM 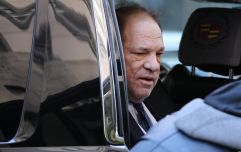 END_OF_DOCUMENT_TOKEN_TO_BE_REPLACED

"If Harvey Weinstein invites you to a private party at the Four Seasons, don't go," is her advice. It's no wonder she was nervous about saying it; Weinstein had the power to crush careers if he chose to.

Indeed, she paid a price for it: major Hollywood talent agency CAA “eternally banned” Love for her advice, the singer said in a tweet.

That Love was so nervous about saying it, coupled with the fact that there were real-life ramifications for her as a result, it's no surprise that victims didn't feel able to speak out over Weinstein's actions: he was simply too powerful.

The one glimmer of hope in all of this is that the inherently misogynistic culture embedded in Hollywood and other industries may get rooted out, but it will take the kind of courage displayed by both Love back in 2005 and the victims coming forward now to get there.

popular
Amber Heard says her sister taught Johnny Depp to snort cocaine with a tampon
Martin Skrtel retires from football due to health reasons
Wagatha Christie: Wayne Rooney describes 'awkward' moment he asked Jamie Vardy to get his wife to 'calm down'
UK’s Sam Ryder may have actually come third amid possible Eurovision voting scandal
Lip readers analyse what Johnny Depp’s lawyer told him as they celebrated in court
Julia Fox says Amber Heard was not 'powerful enough' to abuse Johnny Depp - and people are divided
Sheffield United manager sparks chaos in Forest clash after aggressive move on Djed Spence
You may also like
Entertainment
Elijah Wood says a 'Lord of the Rings' orc was designed to look like Harvey Weinstein
Crime
How Harvey Weinstein was brought to justice
Entertainment
Unfiltered with James O’Brien | Episode 33: Ronan Farrow
News
Harvey Weinstein "thought he was living in a movie," says reporter who helped bring him down
News
Harvey Weinstein reportedly to turn himself in to New York police
Next Page