The policy "recognises pregnancy loss as an experience not isolated to women or heterosexual couples."

Channel 4 has launched a 'world first' pregnancy loss policy for both male and female members of staff. 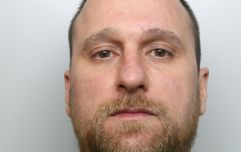 END_OF_DOCUMENT_TOKEN_TO_BE_REPLACED

Under the policy anyone will be allowed time off, regardless of gender, in order to grieve the loss of their unborn child. This includes but is not limited to miscarriages, stillbirths and abortions.

The scheme can be used whether the employee directly suffered the loss themselves, their partner did, or their baby's surrogate has.

In a statement, the broadcaster said that it had "consulted several leading charities on the policy" and that the policy would include two weeks of full pay leave.

The statement goes on to say: "Channel 4 is aiming to end the stigma around women’s health issues by helping to normalise taboo subjects and make them more visible. It follows the launch of the channel’s Menopause Policy in 2019 which inspired similar action in workplaces across the world.

"Like the menopause policy, we are also publicly publishing this policy today with the aim of making it even easier for other organisations to take it and make their own."

Channel 4 has launched what is believed to be the world’s first dedicated pregnancy loss policy for employees, covering all types of loss including miscarriage, stillbirth, and abortion. To find out more: https://t.co/ql7KZaJNiV pic.twitter.com/dkinZIQhVC

END_OF_DOCUMENT_TOKEN_TO_BE_REPLACED

At the moment in the UK, employees are not entitled to any leave if they or their partner suffer from a miscarriage or stillbirth. You are only able to take sick leave that needs to be signed off by your GP.

This is despite the fact that one in four pregnancies end in a miscarriage, with one in 200 births classified as stillborn, according to The Miscarriage Association, per the Metro.

Speaking about the policy, chief executive of Channel 4 Alex Mahon said: "At Channel 4 we recognise that the loss of a pregnancy, no matter the circumstances, can be a form of grief that can have a lasting emotional and physical impact on the lives of many women and their partners.

"Our dedicated policy by 4Women will help confront a subject that remains taboo while providing Channel 4’s employees with vital tools and support. We hope that by giving away this pioneering policy we’re able to encourage other organisations to do the same."

At the end of March, New Zealand's parliament passed a bill that allowed mothers and their partners paid leave after a miscarriage or stillbirth.

popular
Dr. Dre shares unbelievable video of Eminem's skills to prove no rapper could beat him
'He completely satisfies me' - wife of disabled man hits back at trolls mocking sex life
Man tracked down and killed son's paedophile abuser live on TV
Former army sergeant who became porn star explains why she made career move
'Hey kiddo! This is your uncle ' - creepy moment OnlyFans star's relative finds her page
The JOE Friday Pub Quiz: Week 279
A definitive ranking of every swear word from worst to best
You may also like
Entertainment
James Buckley rules out any chance of an Inbetweeners return
Entertainment
Hollyoaks star makes £121k in two days after OnlyFans subscribers double
Entertainment
Applications to appear on the next season of Gogglebox are now OPEN
Entertainment
Gogglebox star's 'irreversible problems' with sparked show exit
Sport
Emma Raducanu’s US Open final appearance to be aired on Channel 4
Next Page