The remains of 215 Indigenous children were recently discovered on the grounds of a former Catholic-run residential school near Kamloops in southern British Columbia. 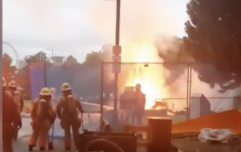 Plane flying ‘will you marry me’ banner crashes, killing passenger

END_OF_DOCUMENT_TOKEN_TO_BE_REPLACED

The discovery of the remains was publicly announced last Thursday the Tk’emlups te Secwépemc people, following an examination of the site in Kamloops.

Chief of the Tk’emlúps te Secwépemc, Rosanne Casimir, said in a statement: "We had a knowing in our community that we were able to verify. To our knowledge, these missing children are undocumented deaths.

"We sought out a way to confirm that knowing out of deepest respect and love for those lost children and their families, understanding that Tk’emlúps te Secwépemc is the final resting place of these children."

Some of the children were as young as three years old, Casimir said in the statement.

The school was first established in 1890 and was run by the Roman Catholic church. The Kamloops Indian residential school closed in 1978.

It was part of a much wider network of schools which sought to assimilate Indigenous children by stripping them from their communities, prohibiting them from speaking their own languages and forcing them to attend the residential schools.

The Canadian Conference of Catholic Bishops (CCCB) issued a statement in response to the findings but did not issue an apology. 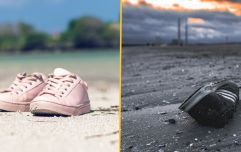 END_OF_DOCUMENT_TOKEN_TO_BE_REPLACED

In a statement, a spokesperson for the CCCB said: "I express our deepest sorrow for the heartrending loss of the children at the former Kamloops Indian Residential School on the Tk’emlúps te Secwépemc First Nation.

"The news of the recent discovery is shocking. It rekindles trauma in numerous communities across this land. Honouring the dignity of the lost little ones demands that the truth be brought to light.

"This tragedy profoundly impacts Indigenous communities, with whom many people across
this land and throughout the world now stand in solidarity.

"As we see ever more clearly the pain and suffering of the past, the Bishops of Canada pledge
to continue walking side by side with Indigenous Peoples in the present, seeking greater healing and reconciliation for the future.

"We lift up prayers to the Lord for the children who have lost their lives and pledge our close
accompaniment of Indigenous families and communities."