Protestors rally against a third attempt by the Home Office to remove 50 people on a deportation flight to Jamaica.

A demonstration is currently underway outside the Jamaican High Commission to add pressure on the Home Office over their planned charter flight to Jamaica. 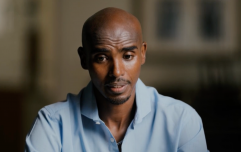 END_OF_DOCUMENT_TOKEN_TO_BE_REPLACED

Home Secretary, Priti Patel, is preparing a third attempt to deport as many as 50 Jamaicans allegedly convicted of “serious crimes” on November 10th.

Campaign group, Movement for Justice, who organised today’s protest, say many of the planned deportees do not have criminal convictions.

END_OF_DOCUMENT_TOKEN_TO_BE_REPLACED

“Members of our community, people we went to primary school with, and their families, are being terrorised and traumatised. All this Government can do is spout racist stereotypes and push forward with the most draconian immigration legislation in British history.

“These charter flights are an act of terror against families and communities. They must be stopped.”

The campaign group is fighting to save detainees who arrived in Britain as children. The Jamaican High Commission were able to remove people with this claim on previous charter flights.

Streatham MP Bell Ribeiro-Addy MP has called on the Government to halt the deportation of vulnerable constituents. 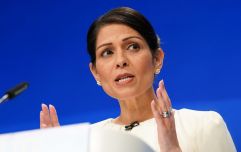 END_OF_DOCUMENT_TOKEN_TO_BE_REPLACED

In a letter to the Home Secretary, the Labour MP demanded they remove two of her constituents from an upcoming deportation flight.

According to campaign group Movement for Justice, the two women, who have been in Britain for seven years, are scheduled on board next Wednesday’s charter flight, yet neither of them have a criminal conviction.

Ribeiro-Addy said “in previous incidents, these charter flights have been used exclusively to deport Foreign National Offenders. Non-FNO’s have not been included on a Jamaica charter flight since 2018.”

If the flight goes ahead, it will be the first of its kind since the Windrush Scandal.

Both women have been in the country for over seven years but were recently refused further leave to remain in spite of appealing on the grounds of family life and human rights.

Bell Ribeiro-Addy said: “This decision typifies the way the Government frequently fail to make a proper assessment of individuals' situation and needs in their haste to deport.

“What we're seeing is exactly the same deport-first-ask-questions later approach that led to so much suffering in the Windrush scandal.

“The Government shouldn’t be tearing apart vulnerable families dealing with difficult personal circumstances – especially not while we have an ongoing pandemic.”

A Home Office spokesperson said: “Those with no right to be in the UK and foreign national offenders should be in no doubt that we will do whatever is necessary to remove them. This is what the public rightly expects and why we regularly operate flights to different countries.

“Extensive checks have taken place to ensure no one being removed is a British citizen or eligible for the Windrush scheme. People are only removed to their country of origin when it is deemed safe to do so.

“Our new Nationality and Borders Bill will create an immigration system that is fair but firm, welcoming those in genuine need but cracking down on those who come to the UK illegally.”

A deportation charter flight is planned for November 10th.