Not much older than some of her adoring fans that were killed in the sickening bombing of the Manchester Arena last month. After what happened immediately after her concert on May 22, nobody would have blamed her for keeping a low profile for a while... hiding herself away and not leaving her house.

END_OF_DOCUMENT_TOKEN_TO_BE_REPLACED

Instead, she chose to act, making a stand against the kind of people that carry out such appalling attacks and, in doing so, setting an example to her many, many young fans.

In her own words, the attack - which killed 22 people and left over 50 more injured - left her 'broken'. But within days of it happening, she'd promised to make a swift return to the city.

Details of the One Love Manchester concert, organised to raise money for those affected by attack, were released last week. Despite the short notice, a star-studded list of performers and in excess of 50,000 people turned out for a memorable night. 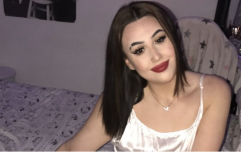 END_OF_DOCUMENT_TOKEN_TO_BE_REPLACED

Rightly so, Ariana was the star attraction. Having spent the days prior to it visiting some of the children injured in the arena attack at Royal Manchester Children's Hospital, she was visibly emotional at times during the concert - perhaps more so given the events in London less than 24 hours before. But despite this, she still found the courage and strength to put on a show and - after so much terrible news lately - put a smile on people's faces.

As she performed her final song of the evening, there were growing calls for Ariana to be granted the Freedom of Manchester.

Fair play to Ariana Grande for #OneLoveMachester would someone in Manchester City council give her the freedom of the city. #Manchester

I'd love 2 see Ariana get the freedom of Manchester, 4 putting this gig 2gether! I have nothing but respect4 her! #OneLoveManchester

Before the end of the night, there had even been a petition set up.

'Ariana Grande has inspired people up and down the country with her selfless acts of kindness,' the petition's creator, Matthew Duggan, explained.

'She didn't need to return to Manchester but tonight she did and brought the nation to tears and for that I feel she should be granted Freedom of the City of Manchester.'