Caitlyn Jenner has said that she does not believe "biological boys who are trans" should be allowed to compete in girls' sports.

END_OF_DOCUMENT_TOKEN_TO_BE_REPLACED

The former Olympic champion, who is herself a trans woman, was asked the question by TMZ in a brief interview as she was getting into her car. Jenner was asked the question as a number of states across the US look set to pass legislation banning transgender girls and women from playing in public sports teams.

"It just isn't fair and we have to protect girls' sports in our schools."

The reality star later tweeted the article, saying that she "didn't expect to get asked this on my Saturday morning coffee run" but she stood by her words, saying that it was an "issue of fairness and we need to protect girls' sports in our schools."

I didn’t expect to get asked this on my Saturday morning coffee run, but I’m clear about where I stand. It’s an issue of fairness and we need to protect girls’ sports in our schools.https://t.co/YODLDQ3csP 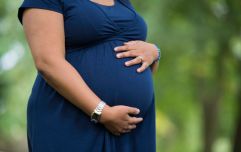 END_OF_DOCUMENT_TOKEN_TO_BE_REPLACED

In response to her words, the reporter challenged Jenner, asking whether this would "delegitimize the identity of trans girls." Jenner replied "Have a good day" and got in her car.

Jenner recently announced that she was running for Governor of California, but this has been labelled as nothing more than a vanity campaign by some. Her comments on this issue will no doubt anger large swathes of the LGBTQ+ community.

Florida and West Virginia are two of the latest states to pass laws that look to ban transgender athletes from competing in female sports.

Ruhle: "Can you give me one example of a transgender child trying to get an unfair advantage? Just one in your state, you signed a bill about it."

Justice: "No, I can't really tell you one." pic.twitter.com/RmOyWBUuZY

The Human Rights Campaign (HRC) claims that West Virginia is one of "at least 30 states that has introduced a slate of discriminatory, anti-LGBTQ legislation.

According to the Human Rights Campaign, there are "more than 200 anti-LGBTQ bills under consideration in state legislatures" across the US. 66 of these bills would "ban transgender girls and women from participating in sports consistent with their gender identity."

Whilst Jenner is a Republican and voted for Donald Trump in 2016, her comments will no doubt come as a surprise and shock to many. She did not vote for Trump in 2020 because of his stance on trans issues, yet has now come out in opposition to trans women like herself competing in girls' sports at school.