Buying alcohol after 9pm could be banned after end of lockdown, minister warns

The idea was floated by Robert Jenrick during an interview

At the moment, most of us are behaving sensibly, limiting our interactions with people and hoping that by the time December 2 comes around, coronavirus cases will have lowered enough for the current national lockdown restrictions to be brought to an end.

Naturally, we all want life to return to normal, but even if lockdown does end as planned at the beginning of December, a Tory minister has warned that new, less invasive, changes may be introduced to limit a potential rise in cases.

Speaking on BBC Breakfast, Robert Jenrick cited measures taken in Nottingham in reference to how tier three could operate post-lockdown.

"We are now reviewing the tiers so that when the national measures come to an end, we are able to move the country, we hope, back into the tiered structure."

He said: "We will be looking at whether the measures we had in the old tiers were effective. Remember they varied quite a bit in different parts of the country.

"In the new tiers, we would like greater consistency and we will have to see which measures were actually the most impactful on the virus." 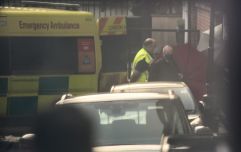 END_OF_DOCUMENT_TOKEN_TO_BE_REPLACED

"My own area of Nottinghamshire, the local council chose to go over and above and limit the sale of alcohol from off-licences and so on after a certain time, so that people didn't go home and have parties or drink alcohol on the streets.

"So there were some tweaks to the tiers that you're seeing in some parts of the country and it's that sort of thing that we now need to consider.

"Was that a sensible move? If so, should we embed that in the new tier structure?"

The move to close off licences at 9 would be unusual, but not unprecedented elsewhere in Europe. In Ireland, for example, the latest that one can purchase alcohol in a shop or off licence is 10pm.

popular
Rio Ferdinand recalls Roy Keane sparking out United youngster in training
Trainer Gordon Elliot releases statement on photo of him sitting on top of dead horse
Student sent home from school because her outfit "made teacher feel uncomfortable"
The best La Liga goals of the weekend
Marcus Rashford and teammates reach out to Timothy Fosu-Mensah after knee injury
Taylor Swift hits out at Netflix comedy show for "lazy, deeply sexist joke" about her
Only half of young people say they are exclusively attracted to the opposite sex
You may also like
Coronavirus
Fears Brazil variant of Covid-19 could delay lifting of lockdown
News
Prince Harry: 'British press were destroying my mental health'
News
How to apply for a free Global Health Insurance Card
News
Aldi announce new packaging ban to come into action across supermarkets nationwide
Life
US Customs intercept 20kg of cocaine hidden on corn flakes
Next Page