An amorous criminal only had eyes for an inflatable doll after breaking into a sex shop in Manchester.

The sticky-fingered thief caused thousands of pounds worth of damage, by breaking in through the roof of 'The Adult Shop' on Bolton road.

He didn't seem too concerned with merchandise or cash though. Instead he set a pornographic DVD on repeat and headed straight for the inflatable doll section.

As sex dolls go, he has expensive taste, opting for the £300 Heidi Lauritsen life-size inflatable doll. 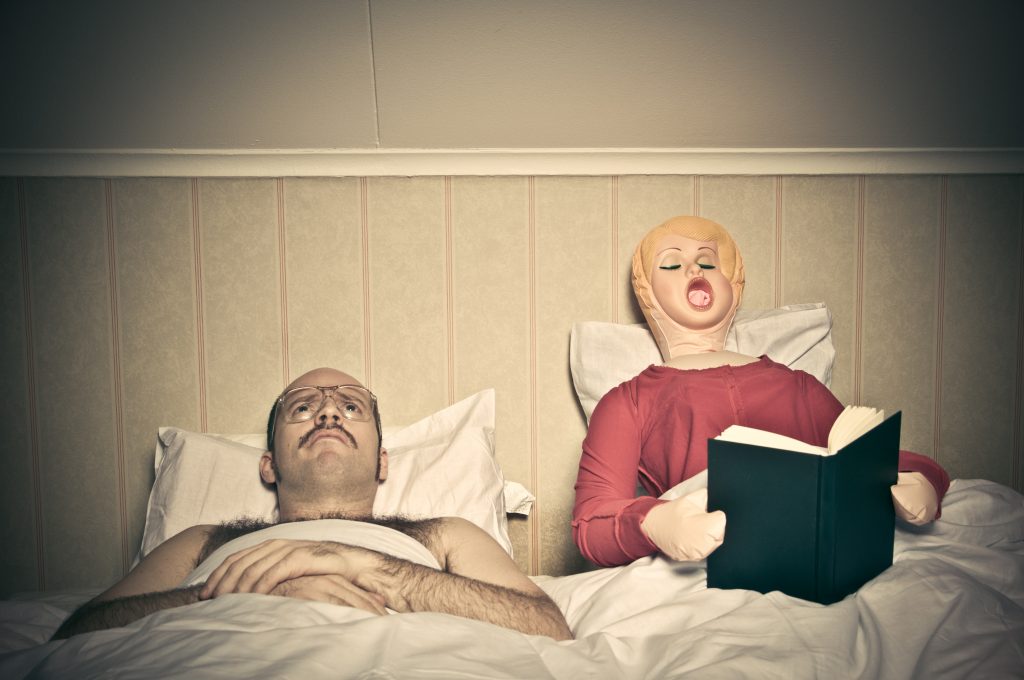 GHB: the sex drug epidemic which is destroying lives in the gay community

END_OF_DOCUMENT_TOKEN_TO_BE_REPLACED

Owner of the shop Alan Brooks says it was probably an embarrassed customer.

He told the Manchester Evening News: “I don’t see a need to break in. We are cheap enough. Don’t be shy. Give us a try!”

Police are investigating, and for the time-being, the lusty bandit remains at large.


popular
Mark Selby slams 'disrespectful' Ronnie O'Sullivan after Crucible elimination
QUIZ: Is this a Marvel character, or a DC character?
QUIZ: Can you get full marks in this devilishly tricky capital cities quiz?
Can you name every English football league club that begins with 'C'?
Why Barcelona will have to pay Liverpool if Bayern Munich win the Champions League
Eat gummy bears for better recovery after a workout, says fitness expert
The JOE Friday Pub Quiz: Week 204

You may also like
Life
The amount of men under 30 not having sex has nearly tripled in the past decade
Life
Is 'Sweep the special chimney' the world's greatest euphemism? An investigation
Life
Spongbobbing, Greggsing and Phil Jonesing: The dating trends you need to know about in 2018
Entertainment
Emilia Clarke on GOT sex scenes: "People f**k for pleasure - it’s part of life!"
Life
QUIZ: Can you get 10/15 in this game of sex true or false?
Next Page