Burger King staff wrecked their own store after a prank phonecall

Here's a prank call that even Bart Simpson would say went too far.

A prank caller managed to convince Burger King staff in Minnesota, America to smash their store windows after posing as a fireman.

The prank caller made their move this past Friday, calling a store in Coon Rapids claiming a gas leak. According to Associated Press reports, staff were told to destroy windows in order to "release pressure."

“Officers arrived and found that the manager and employees of the Burger King were smashing out the windows,” sergeant Rick Boone told the Star Tribune. 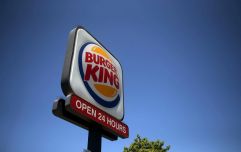 END_OF_DOCUMENT_TOKEN_TO_BE_REPLACED

“The manager explained they’d received a phone call from a male who identified himself as a fireman who said there were dangerous levels of gas in the building and they had to break out all the windows to keep the building from blowing up.”

The prank call is just one in a long line of attempts to get fast food staff to destroy their own stores. A gas leak deception to a Burger King in California in February resulted in $35,000 in damage, and another call made to Burger King in Oklahoma reportedly racked up $10,000 in damages

In fact, one might say these pranks are reaching a smashing conclusion.

We'll let ourselves out.