Bubbles of four families to be allowed over Christmas

Please mix your drinks, and your bubbles, responsibly

As part of the government's winter Covid plans, they will allow bubbles of up to four families to be formed over a five day Christmas period, according to reports.

Family of Jordan Banks, 9, pay tribute after he was killed by lightning strike

END_OF_DOCUMENT_TOKEN_TO_BE_REPLACED

With the current lockdown period coming to an end on December 2nd, England will be placed back into a strict three tier system, expected to be more tightly restricted than before the second lockdown.

Reports had circulated that the government would grant people a five day period of freedom over Christmas before presumably going into another lockdown situation in January, and reports today indicate this will be implemented with the light restriction of bubbles being limited to four families.

Families will have to choose their bubbles in advance and will only be allowed to spend time indoors with the rest of their bubble - though that does include inside pubs, which will reopen.

The five day period will begin on Christmas Eve and continue through to the Bank Holiday on December 28.

So the rule of six will of course be scrapped for this period, but social distancing measures are still in place, meaning hugs aren't allowed.

People will of course break these rules, but should not fear the police interrupting their Christmas dinners. 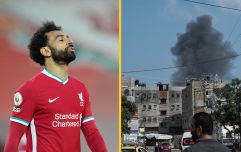 END_OF_DOCUMENT_TOKEN_TO_BE_REPLACED

Met Police chief Cressida Dick recently told LBC the police have "lots of other things to be doing.”

The clamour to save Christmas at the expense of the health of the nation has not gone down well in medical circles.

A public health official in England recently told the BBC he thinks Christmas should be pushed back six months.

"This is going to make me seem like Ebenezer Scrooge but I'm really worried that we focus on Christmas and undo all of the work that we've done up until now," South Tees Head of Public Health Mark Adams said.

"[We don't want to] have a week or two week splurge over Christmas that drives our infection rates even higher and then causes massive damage in January and February."

popular
The JOE Friday Pub Quiz: Week 243
PM confirms restrictions will ease next week but warns of potential June disruption
Train company apologises after conductor said 'good afternoon ladies and gentlemen'
Madeleine McCann detectives ‘given dramatic new evidence against prime suspect’
Ant Middleton leaving the UK for Australia because it’s 'too pretentious'
Every Brit 'needs to drink 124 pints' to save the nation's pubs after lockdown
A New York Times quiz can determine where in the UK you come from
You may also like
Sport
Man Utd use "decoy" coaches to avoid protests postponing Liverpool game again
News
Peloton recalls treadmills after injuries and death of a child
Sport
Man United owner refuses to apologise over Super League
News
India records deadliest day as country struggles with Covid-19 surge
News
Covid-19 jabs "to be offered to secondary school pupils from September"
Next Page