Bruno Fernandes has revealed his opposition to the newly-revealed Super League plans that his club Manchester United have signed up to. 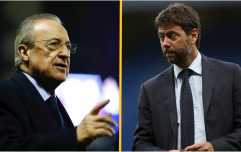 END_OF_DOCUMENT_TOKEN_TO_BE_REPLACED

Manchester United, Arsenal, Manchester City, Liverpool, Chelsea and Spurs have all announced their intention to join the breakaway tournament along with six other elite teams from Spain and Italy.

The plans have been condemned by organisations and figures from across the worlds of football, politics and the media, with many furious at the ring-fenced nature of the new tournament, in which 15 of the 20 sides would be guaranteed a place in the league each season.

After PSG midfielder Ander Herrera voiced his opposition, along with a number of ex-pros, Bruno Fernandes has become the latest player to speak out. Crucially he is the first player from one of the six Premier League teams involved to make any reference to the news.

The Portuguese midfielder shared an Instagram post from fellow countryman Daniel Podence on his story, which seemingly takes a dig at the Super League.

Podence's post reads: ‘The Ball. The Song. The Dream.

"There some things we can’t really pay for it’ 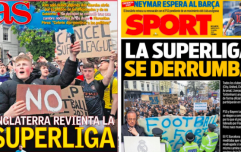 END_OF_DOCUMENT_TOKEN_TO_BE_REPLACED

Fernandes shared the post on his story, with a similar message. Alongside the applauding emoji, the Manchester United star wrote "Dreams can't be buy ❤️."

Whilst this is admittedly some quite broken English, the sentiment is clear. No matter how much money is thrown at the Super League, it does not have the heritage, history, romance or status of the Champions League, and never will.

It will be very interesting to see whether any other players from the six English clubs, or even the other six clubs from across Europe, make their views on the subject known.

We already know what Klopp thinks about the idea of a Super League after all...