A British woman who told police in Dubai that she had been gang raped has been arrested and charged with illegal extra-martial sex.

The 25-year-old tourist, who can't be named for legal reasons, was allegedly attacked by two British men when holidaying in the United Arab Emirates last month. 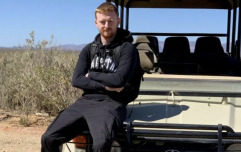 END_OF_DOCUMENT_TOKEN_TO_BE_REPLACED

Having reported the rape at a police station, the woman was reportedly arrested for breaking Emirati laws, which forbid extra-marital sex.

While the UK-based Detained in Dubai campaign group have reportedly said that she has been released on bail, it's also said that her passport has been confiscated, meaning she is unable to leave the country. As noted by the Independent, the woman could face trial for offences. Meanwhile, her alleged attackers have since flown home to the UK.

Detained in Dubai is said to be in touch with the woman's family, who have said that the two men filmed the attack which took place in a hotel.

“They have taken her passport as lawyers thrash it out. She is staying with an English family but she is absolutely terrified,” a friend of the family told The Sun.

“She went to the police as the victim of one of the worst ordeals imaginable but she is being treated as the criminal.”

popular
Fears surging covid cases could ruin summer holidays with return of tests and rules
Brit on holiday beaten with a brick by gang before being thrown in the sea unconscious
Men with ‘very large penises’ wanted for new documentary
Dad who ran off with Ukrainian refugee says couple are doing 'brilliantly' - but he can't see his kids
Teens are turning up to watch Minions in suits - and why cinemas have been forced to ban them
British schoolboy breaks internet after attending prom in sequined tuxedo ballgown
Premier League player arrested on suspicion of rape facing two more allegations
You may also like
News
Influencer charged with drugs trafficking after trying to board Dubai flight with cocaine
Sport
Barca receive £1.2bn offer from Dubai company to write off club debt
News
British student thanks army as he is evacuated after going to country on holiday
Weather
Dubai is making its own fake rain to beat 50C heat
News
Chris Eubank's son Sebastian dies in Dubai, aged 29
Next Page