A Crown court judge who swore at a defendant has been cleared of a misconduct charge.

Last summer Patricia Lynch QC told offender John Hennigan that he was being sent to prison for breaching an antisocial behaviour order (asbo) when he interrupted her to say: "It’s obvious, isn’t it? Because you’re a c**t and I’m not."

Lynch hit back with: "Well, you’re a bit of a cunt yourself. Being offensive to me doesn’t make things better at all."

Hennigan, 50, replied: "Go fuck yourself," before Lynch finished the exchange with: "You too. Take him down."

The judge's comments prompted about 10 complaints to the Judicial Conduct Investigations Office (JCIO) - especially over her use of the word "c**t".

Judge who called a racist a ‘bit of a c–t’ cleared of misconduct #Harlow https://t.co/azI7X2Q4Do via @CourtNewsUK 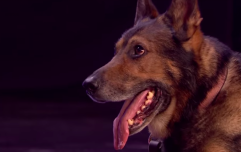 END_OF_DOCUMENT_TOKEN_TO_BE_REPLACED

Lynch said she regretted her choice of words and apologised "unreservedly".

A JCIO statement said: "Although the lord chancellor and the lord chief justice considered HHJ Lynch’s remarks to be inappropriate, they did not find that they amounted to misconduct or warranted any disciplinary sanction.

"[They] were of the view that the matter should be dealt with by informal advice."

But one of the complainants, Robert Hackett, felt this was not sufficient. "I do feel this has taken an extraordinary amount of time and that the judge has been let off very lightly," he said. "Her behaviour was inexcusable."


popular
The most overrated (and underrated) gym exercises of all time
Who is the most handsome footballer in the Premier League?
Bryan Cranston confirms a Malcolm in the Middle reunion happening this week
QUIZ: Name every WWF champion from the Attitude Era
A definitive ranking of every swear word from worst to best
Juventus' appointment of Pirlo proves meritocracy in management is a myth
Can you guess who Noel Gallagher is slagging off?

You may also like
News
India decriminalises homosexuality in landmark ruling
News
New laws could affect every driver in the UK
News
Mysterious 'embargoed' story is a groundbreaking case about a cancer patient being cryogenically frozen
Life
How well do you really know the law?
Tech
Here's how Snapchat users could be breaking the law
Next Page