Beaches across Britain have been transformed as part of a Remembrance Day tribute to mark the 100th anniversary of the end of World War I, with the portraits of a number of the fallen carved in the sand. 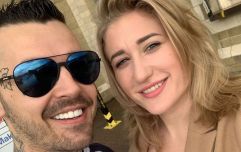 END_OF_DOCUMENT_TOKEN_TO_BE_REPLACED

The sand silhouettes - part of the 'Pages of the Sea' project curated by Oscar-winning filmmaker Danny Boyle - appeared on a total of 32 beaches across England, Scotland, Wales and Northern Ireland before being washed away by the tide.

Boyle was present in Folkestone to witness a portrait of war poet Wilfred Owen - famous for having penned the anti-war poem 'Dulce et Decorum est'.

Speaking of the port town's significance in the conflict, he told BBC’s Andrew Marr Show: "This was the artery through which millions of service personnel left to serve.

"Wilfred Owen [did] twice, never to return after the second time. The portrait has been created within the tide so as the tide returns, it will take him.”

END_OF_DOCUMENT_TOKEN_TO_BE_REPLACED

Beaches used for the project ranged from Cornwall to the Shetland Isles, as volunteers were given stencils and rakes to create the images.

People across the country fell silent at 11am this morning in mark of respect to the war dead. In London, Theresa May, along with party leaders, members of the royal family and past prime ministers, laid wreaths to the fallen at the Cenotaph in Whitehall.

Today join #PagesOfTheSea with Danny Boyle and thousands of others to say thank you and goodbye to the millions who left their shores.

Communities will gather on beaches to mark 100 years since Armistice and the end of the first world war. #Remembrance2018 pic.twitter.com/Q6LcqOH0Ld