Bring back Eat Out To Help Out after lockdown, say Deliveroo

The scheme was used 100 million times back in August

Take out food giant Deliveroo, along with 300 restaurants, has urged the government to bring back the Eat Out To Help Out scheme when lockdown lifts. 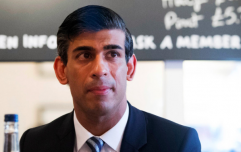 END_OF_DOCUMENT_TOKEN_TO_BE_REPLACED

The group said that many hospitality businesses were "under immense financial pressure," and that extra help was needed to ensure that "viable" hospitality firms survived.

"Even when they are able to reopen to customers, restrictions around mixing of households and social distancing measures mean that a return to trading at full capacity will remain dependent on the successful vaccine rollout," said the group - that also includes Itsu and Pizza Hut - in a letter to the prime minister.

They urged the government to continue to offer support after restrictions are eased, adding: "The withdrawal of support too early or too suddenly risks viable businesses failing just as the light at the end of the tunnel is becoming clearer."

The letter went on to say that the Eat Out To Help Out scheme should be resurrected "when it is safe to do so".

"The boost the scheme provided [in 2020] not only helped protect restaurants from closure but also showed customers the work we have done to make sure they are safe and can get back to enjoying great food."

The letter also called for extending the 5% VAT rate on restaurant food until the end of the year, and keeping the furlough scheme going as long as it is needed.

The Eat Out To Help Out scheme offered discounts of upt to £10 per person on food and non-alcoholic drinks from Mondays to Wednesdays, and ran during August 2020. The scheme was used 100 million times by the British public.

popular
Patrice Evra slams Jamie Carragher for criticising Cristiano Ronaldo
Horrifying footage shows cop fatally shoot man in wheelchair 9 times
Machine Gun Kelly stabbed himself in front of Megan Fox to look cool
Arthur Labinjo-Hughes: Dad and partner found guilty of killing boy who was tortured and starved
Prince Andrew 'flew with sex slave' who was 'frozen with fear', court told
Arsenal score bizarre goal against Man Utd with David de Gea down injured
Frank Lampard admits he 'felt terrible' over comments he made about Paul Pogba
You may also like
Fitness & Health
'Fast food covid vaccine incentives - dumbest idea since Eat Out To Help Out'
News
How to find out which restaurants near you are participating in Eat Out to Help Out
News
Most Omicron cases 'mild' and no evidence vaccines may be less effective - WHO official
Entertainment
There's a petition to stop interviewing Will and Jada Smith so we can all be 'free'
Entertainment
Lovely Bones author apologises to exonerated man who spent 16 years in prison for her rape
Next Page