Boris Johnson is under investigation over Caribbean holiday and flat refurb

The investigation will look into who exactly funded his £15,000 villa during a holiday to Mustique. 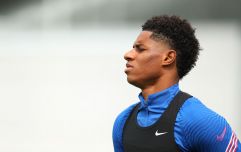 END_OF_DOCUMENT_TOKEN_TO_BE_REPLACED

Katharine Stone, the independent commissioner for parliamentary standards, will lead the investigation.

The investigation's official title "registration of interest under category 4 of the guide to the rules [Visits outside the UK] in 2020" under paragraph 14 of the code of conduct.

This comes alongside the Electoral Commission also looking into the circumstances around the prime minister's flat refurbishment, which some estimate could be as much as £200,000.

Johnson will become the first prime minister in history to be investigated by the commissioner for parliamentary standards.

The powers of the independent commissioner are wide-ranging, including having the power to suspend MPs and trigger by-elections, which is likely to cause serious concern at Number 10.

Johnson is not alone in being investigated, either - other Conservative MPs include earmarked by the commissioner include Owen Peterson, Theresa Villers, Jonathan Gullis, Natalie Elphicke, Bob Stewart, Adam Holloway, and Roger Gale.

popular
The FootballJOE Pub Quiz: Week 7
Brits warned over number plate change coming into force this month
Rangers refuse to wear badge of Scottish Premiership on sleeve
Men should ejaculate 21 times per month to reduce cancer risk
Conspiracy theorists think Bruno Fernandes missed penalty deliberately
Tyson Fury's verdict on Anthony Joshua versus Oleksandr Usyk revealed
The petrol station saving its remaining fuel for emergency services and keyworkers
You may also like
News
Foreign workers to be let into UK to help solve petrol crisis
News
Boris Johnson repeatedly refuses to say if he could live on Universal Credit
News
Pounds and ounces set to return in post-Brexit shift back to imperial measures
News
Priti Patel stays on as Home Secretary as Boris Johnson launches major reshuffle
News
Doctor who Boris compared to Nicki Minaj has been trying to dodge the spotlight
Next Page