BBC debate format hands Boris Johnson the keys to No 10

It was chaotic and played straight into Johnson’s hands

This was meant to be it. Location sent. The king out of hiding and soon dead, exposed under the bright lights of Portland Place and taken apart through forensic examination.

Woman dies after falling off a cliff at Durdle Door

END_OF_DOCUMENT_TOKEN_TO_BE_REPLACED

Instead, Boris Johnson coasted through his first public debate.

So allergic to scrutiny is the favourite in the Tory leadership race he declined to attend Channel 4’s debate, or a hustings in front of political journalists behind closed doors. Yet for all the hype of Johnson’s first appearance, the BBC debate was more anticlimactic than anaphylactic.

Five candidates sat in a studio, connected to members of the public beamed in from regional BBC outposts via jumbotron; no studio audience, and without the social pressure to behave like adults, proceedings repeatedly collapsed.

Alone alongside the five candidates stood Emily Maitlis whose moderation well deserves praise, the despairing teacher to the private school boys chortling through their preferred masturbatory techniques at the back of class. Crude, self-congratulatory and irrelevant to anyone who is not trying to fellate themselves.

The Newsnight presenter offered solid challenge to every candidate but they often chose to straight up ignore her questions and continue speaking – something that did not happen to Channel 4’s Krishnan Guru-Murthy.

Countless times the boys shouted over each other. It was chaotic and played straight into Johnson’s hands.

The frontrunner only has his lead to lose and little to gain. Rory Stewart, the once rank outsider turned surging underdog, was smack talking ahead of the BBC debate. It would be his first opportunity to publicly dismantle Boris.

Looking forward to the key change when they all get up pic.twitter.com/f69U6F49AO

END_OF_DOCUMENT_TOKEN_TO_BE_REPLACED

That did not materialise.

Little of the discussion progressed beyond inane soundbites. Each candidate was allowed 40 seconds or so on each question and if it went further the others quickly chorused in.

Even so, Johnson’s answers were still unconvincing. On his gaffe that extended the prison sentence in Iran of imprisoned Brit Nazanin Zaghari-Ratcliffe, he said "it didn’t make a difference". 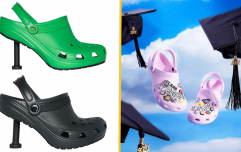 END_OF_DOCUMENT_TOKEN_TO_BE_REPLACED

The theatre of debate draws a crowd but this play delivered no denouement.

Matters were made worse when only Dominic Raab was eliminated from the leadership field. Fewer voices would allow for more discussion. One-on-one interviews with Andrew Neil would leave us with much more understanding.

Still, the BBC format created cover for Johnson and, as yet, his nonsense goes unchecked.

popular
Scotland fans help with clean-up in Leicester Square as Tartan Army leaves London
The JOE Friday Pub Quiz: Week 248
700-pound George Floyd statue unveiled in US
Southgate explains why he didn't move Coke bottles like Ronaldo
Crystal Palace footballer is one of four British women suing Pornhub
'I made Tommy Robinson go viral, will you forgive me?'
Fans react to another disappointing Harry Kane display
You may also like
Entertainment
GB News suffers another prank as comedian moons Laurence Fox live on air
Life
Almost half of employees would consider quitting if told they can't work from home, research shows
News
World's richest countries agree 'historic' tax on giant firms
Social Media
Man takes three-hour train for first date in two years gets stood up
Social Media
Sophie Turner posts 'time ain't straight and neither am I' on Instagram and fans lose it
Next Page